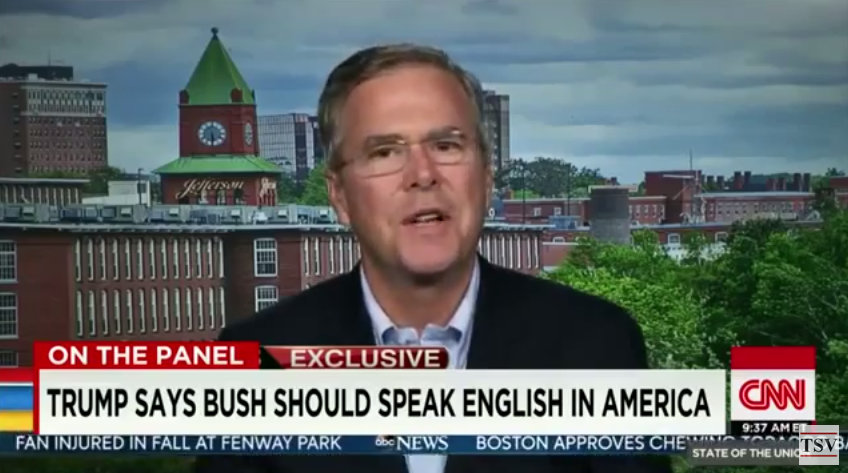 Earlier in the week, in referring to Jeb Bush, Donald Trump said, “I like Jeb. He’s a nice man. But he should really set the example by speaking English while in the United States.”

Bush says these comments show a lack of tolerance. 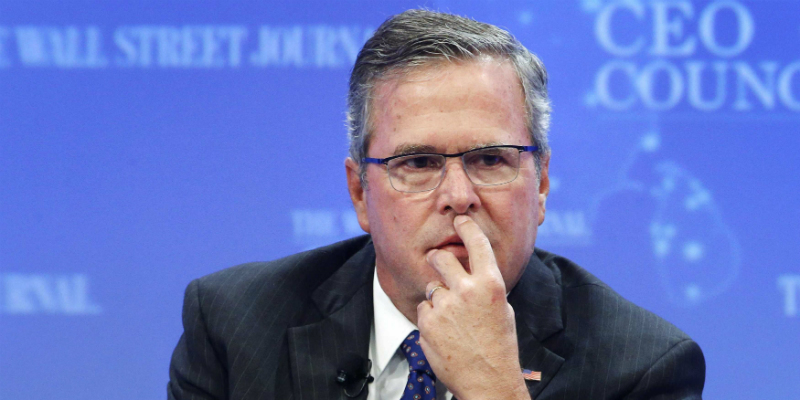 There has been a lot of talk about a Jeb Bush 2016 presidential run. And, it seems, that Jeb is preparing to make that run a reality.

Bush seems to be distancing himself from the companies which he sits as a board member.

Newsmax is reporting that he will step down from Tenet Healthcare Corp. effective Dec. 31. Also, that he has taken a leave from his directorship with Barclays.

There’s only one BIG problem. Conservatives don’t want him. Along with the majority of America, they want someone that they can relate to.

In the eyes of conservatives, Jeb Bush is a republican establishment elite. How so? Well, even though the majority of the voting base for republicans don’t want Bush, big business and big money donors are ready to line up behind him.

It’s the same problem Mitt Romney ran into during his failed attempt. Everyone lined up to get behind him except those who would actually be voting. Like Romney, Bush is out of touch. People can’t relate to someone who has more money than they know what to do with.

The New York Times reports that not only has he raked in millions from board fees and stock grants to the sum of $3.2 million, he continues to bring in about $50,000 for his speeches.

For conservatives, this is just another reason in a list of why not to get behind Jeb Bush. And who could argue when you compare those paid speech figures with the likes of Hillary Clinton?

Jeb Bush is just a little out of touch with the average American.

Right now, there are six cities working to become the host for the RNC convention for 2016. On that list is Las Vegas, and while some look forward to the ability to party it up, others are left scratching their heads at the possibility of throwing away…

END_OF_DOCUMENT_TOKEN_TO_BE_REPLACED

In this episode, I talk about the insanity within the GOP, the Supreme Court ruling on aggregate campaign funding, and why some on the Left are wanting Supreme Court Justice Ginsburg to retire.

Power Quote of the Week

Insanity within the GOP

Pressure on Ginsburg to retire

music provided in this podcast is in thanks to:

Selling Jeb Bush: The Insanity Within the GOP Circle (via http://www.newsninja2012.com)

If someone in the GOP has a crystal ball, then they are already trying to spoil it for everyone else. Let’s think that over. Some in the mainstream media and within the Republican establishment have already picked a winner to receive the nomination…