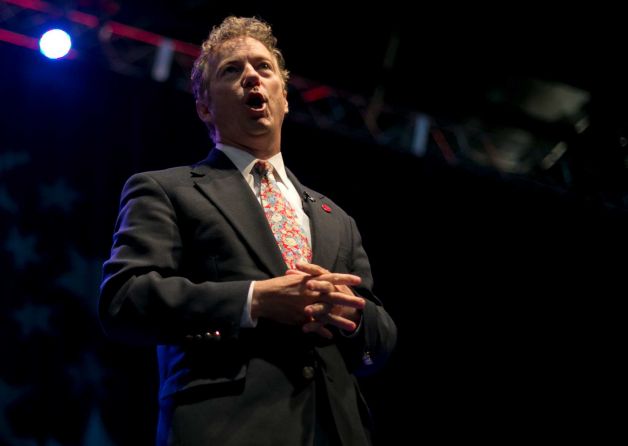 The big winner at the Maine Republican Convention was Sen. Rand Paul taking 26% of the vote. In second place was Sen. Ted Cruz with 14%.

Paul’s message is the same message that many Tea-Partiers have been saying for quite some time: Grow the party. It’s something that republicans struggle with, and it has even caused some division within the party.

Rand Paul said to The Associated Press: “Some people think that we need to have a litmus test on everything and we need to separate out those aren’t pure enough. I’m the opposite: I think we need to find our common ground in the Republican Party because we believe in some common things.”

Selling Jeb Bush: The Insanity Within the GOP Circle (via http://www.newsninja2012.com)

If someone in the GOP has a crystal ball, then they are already trying to spoil it for everyone else. Let’s think that over. Some in the mainstream media and within the Republican establishment have already picked a winner to receive the nomination…

END_OF_DOCUMENT_TOKEN_TO_BE_REPLACED

Appearing on Meet The Press on Sunday, Sen. Rand Paul (R-KY) slammed Secretary of State John Kerry on his willingness to intervene militarily in Syria by twisting his most famous words against him.

“I would ask John Kerry, How can you ask a man to be the first one to die for a mistake?” Paul said, in reference to Kerry’s famous words against the Vietnam War to the Senate Foreign Relations Committee in 1971.

Kerry, as a part of the Vietnam Veterans Against the War, famously said then in calling for an end to the Vietnam War, “How do you ask a man to be the last man to die for a mistake?”

Kerry served in Vietnam but was subsequently accused of distorting the conduct of American soldiers in Vietnam and the Swift Boat Veterans for Truth famously cast doubt on whether Kerry deserved the medals he received for serving in Vietnam.

Paul said he did not believe American interests were involved in either side of the Syrian war.