Paul Ryan spoke to the Hispanic Chamber of Commerce on Wednesday addressing the topic of amnesty. At the breakfast he said, “To me, it’s not a question of ‘if’ we fix our broken immigration laws. It’s really a question of ‘when.’” Ryan…

END_OF_DOCUMENT_TOKEN_TO_BE_REPLACED 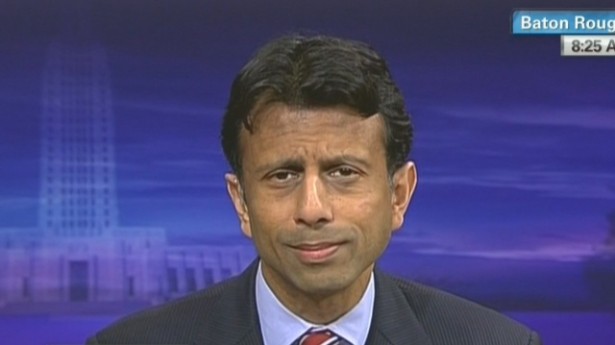 Gov. Bobby Jindal (R-LA) sat down with CNN’s Candy Crowley and discussed 2 ideas on the direction of immigration reform:

Jindal’s remarks come after the GOP released their ‘Standards for Immigration Reform’ earlier this week.

Democrat Sen. Chuck Schumer said that he is optimistic that Republicans will support immigration reform in 2014.

Rightly so considering that’s where lobbyists want to spend their money. Mark Zuckerberg’s group FWD.us has said that they will spend at least $50 million to help get it passed.

Even if there is enough Republican support, they would be shooting themselves in the foot. Thanks to the democrats painting them into a corner, Republicans are left having to choose to play the game for the Latino vote.

The other side of the fence is that they stand to loose a large portion of support from the Tea Party voters who don’t agree with the plan. In large part, they just want to enforce the current laws and close the loopholes that allow them to collect from the government.

Sergio Garcia, who has been living here illegally, was granted a law license by the California Supreme Court.

Yes, he did attend law school. And yes, he passed the state bar exam.

But it sure seems like you can get away with anything in California.

In California, there is even a way for illegals to get a drivers license. I’m not saying that’s a bad thing. At least they are on the books.

But, if you can’t do it the legal way, why was he awarded with a unanimous victory?

He may wind up being a great lawyer. But that’s beside the point. If he wants to be a lawyer, then play by the damn rules!

This is just the start of bigger things to come for the current administration. Just wait!