Donald Trump has finally decided to play dirty politics and go all in on Ted Cruz and the birther argument.

Early on in his campaign, Trump was all about supporting Cruz and even tried to put a stop to the birther claims.

Donald Trump said in an interview that rival Ted Cruz’s Canadian birthplace was a “very precarious” issue that could make the senator from Texas vulnerable if he became the Republican presidential nominee.

“Republicans are going to have to ask themselves the question: ‘Do we want a candidate who could be tied up in court for two years?’ That’d be a big problem,” Trump said when asked about the topic. “It’d be a very precarious one for Republicans because he’d be running and the courts may take a long time to make a decision. You don’t want to be running and have that kind of thing over your head.”

This is exactly how Trump plays his cards. When he feels like he’s losing, he tries to play dirty. There’s only one problem. Cruz has a sense of humor about things, and he responds in that same fashion.

My response to @realDonaldTrump calling into question my natural-born citizenship? https://t.co/gWfAHznlCY

The Ted Cruz campaign has released a ‘Cruz Christmas Classics’ parody infomercial set to run during the broadcast of Saturday Night Live.

“In the spirit of the upcoming holiday, we are excited to bring a Cruz family Christmas into the homes of SNL viewers in Iowa. Ted is a long time fan of SNL, so the chance to film his own SNL-style commercial was an opportunity we couldn’t pass up!”

How can you not want to snuggle up and hear these new ‘classics’ this year like “How Obamacare Stole Christmas”, or “The Grinch Who Lost Her Emails”, or even “Frosty the Speaker of the House.”

These ‘Cruz Christmas Classics’ are sure to be a hit!

Dilbert cartoon creator Scott Adams is predicting that Donald Trump will win the presidency because of his “linguistic kill shots” in an interview with Reason Magazine.

What Adams is saying here is that there is more to what Trump is saying than just nonsense, or insults, or compliments at times. He’s saying what we’ve been saying all along, that Trump is basically playing with your mind and your emotions. Trump is not dumb; he’s very calculated with everything he does.

“What I [see] in Trump is someone who was highly trained. A lot of the things that the media were reporting as sort of random insults and bluster and just Trump being Trump, looked to me like a lot of deep technique that I recognized from the fields of hypnosis and persuasion.” 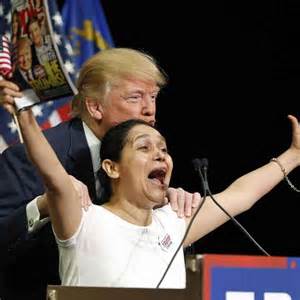 At a campaign rally in Las Vegas, NV, Donald Trump was talking about how he is on the cover of People magazine and how ‘they messed up [his] nose.’ Off to the side, he noticed a lady in the crowd had a copy of the exact magazine he was talking about and invited her up on stage.

Watch the clip below:

Earlier in the week, in referring to Jeb Bush, Donald Trump said, “I like Jeb. He’s a nice man. But he should really set the example by speaking English while in the United States.”

Bush says these comments show a lack of tolerance.

While in Little Rock, AR, Dr. Ben Carson ripped apart the Democrat mantra of the ‘war on women.’

Carson said, “There’s no war on women. Maybe a war on what’s inside of women.” 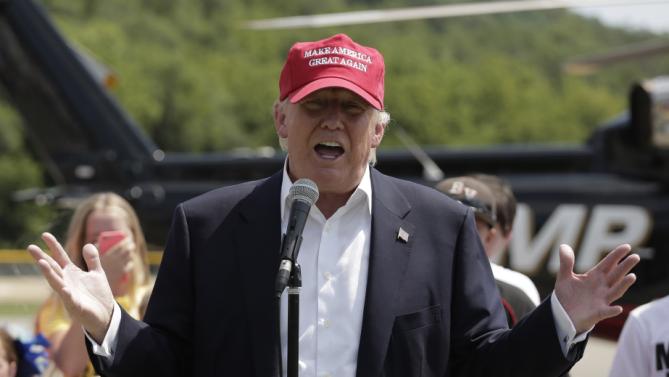 Republican presidential front-runner Donald Trump released a paper Sunday detailing what he would do for ‘real immigration reform.’

He says real reform would put “the needs of working people first.” Trump also makes the point to say what most Americans would say, and that is the current system is backwards. He says the system rewards those who are breaking the law. According to Trump, there are ‘three core principles [to] real immigration reform’:

1. A nation without borders is not a nation. There must be a wall across the southern border.

2. A nation without laws is not a nation. Laws passed in accordance with our Constitutional system of government must be enforced.

3. A nation that does not serve its own citizens is not a nation. Any immigration plan must improve jobs, wages and security for all Americans.

Have Mexico pay to build the wall?

For a while now, Trump has said he would have Mexico pay to build the wall. Yet, he really hasn’t given a clear answer as to how he would try to accomplish this.

We all can agree how crazy it sounds. Make them pay for a wall to keep out the people they’re shipping up here and giving them cheat-sheets on how to stay? Come on. Seriously?

The facts are pretty clear. Once they get here they immediately take advantage of the system. They get ‘free health care’, food stamps, live in section 8 housing, get paid in cash so they don’t pay taxes, and more. The one who bears their burden is the American.

So… what’s Trump’s plan to make them pay for it?

We are a nation of laws, and Trump lists 8 steps that “will return to the American people the safety of their laws, which politicians have stolen from them”:

Trump says what many households in America are thinking: ‘What about us?’

Our economy flat out stinks right now, and a lot of that falls on companies who continue to focus on bringing in foreign workers. Jobs across all different industries are being held by guest workers, immigrants – newly legal and illegal, and refugees. By allowing so many to flood the job market, we punish the very Americans who politicians ‘help’.

The foreign workers hold “down salaries, keep unemployment high, and make it difficult for poor and working class Americans – including immigrants themselves and their children – to earn a middle class wage.”

Illegal immigration is a real problem. It has been for many, many years. Is it likely that it will be fixed immediately? No. Are there things that can be done now? Sure. Will people like Trump’s plan? Yes. Are there people who will hate it? Yes.

But, like many Americans feel is happening, Trump says: “We will not be taken advantage of anymore.”

While speaking in New Hampshire, Donald Trump issued a warning to Carly Fiorina: “Be careful Carly. Be careful.” 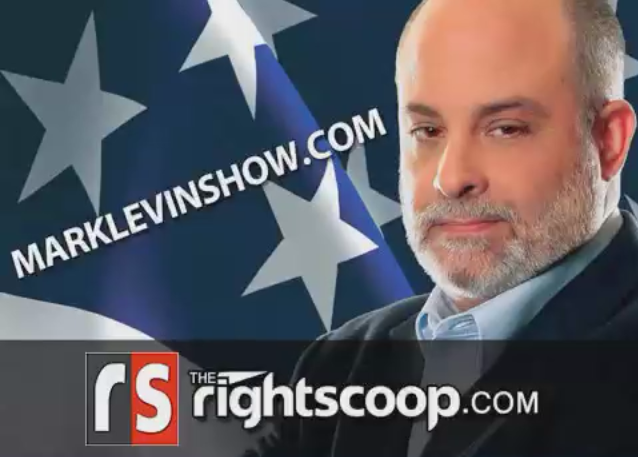 Mark Levin was joined on his show by Republican presidential candidate Donald Trump for an interview.

Listen to the interview at The Right Scoop