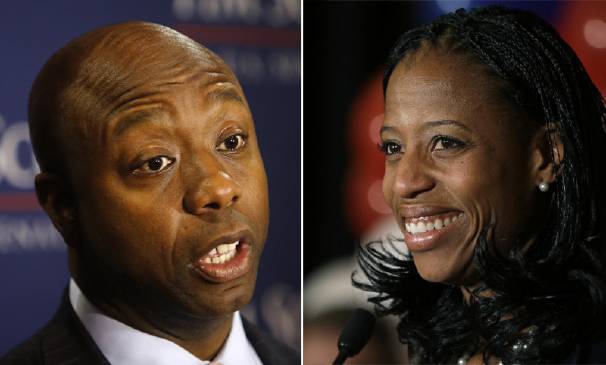 Senator Tim Scott introduced his ‘Opportunity Agenda’ to the crowd at CPAC 2014.

With that agenda, Scott touched on 6 key things:

The Honorable Senator Ted Cruz of Texas spoke this morning at CPAC 2014.

He offered a great amount of information including the idea of standing for principle to win elections.

You’ll just have to watch for yourself:

In the race to become Virginia’s next Governor, Tea Party favorite Ken Cuccinelli has closed the gap to single digits against the Democrat candidate Terry McAuliffe.

On Tuesday in Virginia, voters will show that elections have consequences.

The outcome of this one election sets in place things to come for 2014 heading in to the 2016 elections.

If Cuccinelli wins, it gives traction to the Republicans to take seats in 2014. If McAuliffe wins – should Hillary Clinton become the Democrat nominee – it would give her a place to set up base camp for a 2016 Presidential run.

So, if you still aren’t convinced this is a must-watch race, look at these numbers from a Fox News report:

Whoever wins the race has already eclipses previous fundraising for a Virginia gubernatorial race – with Cuccinelli having raised $16.8 million to McAuliffe’s $26.3 million, according to a report late last week from the Virginia Public Access Project.

The nonprofit group also reports that roughly 70 percent of that money has come from outside the state, marking the first time in which Virginia gubernatorial candidates have raise more than half of their money outside the state.

McAuliffe has gotten money from some of the country’s most wealthy liberals including Hollywood moguls Steven Spielberg and Jeffrey Katzenberg, who each gave $5,000, and President Clinton who gave $100,000. (emphasis added)

Elections have consequences and from this you can see who Washington doesn’t want elected.

Several Democrats that will be up for re-election in 2014 are joining the call to delay the enforcement of Obamacare’s individual mandate.

Siting website woes as one of their reasons, support to delay the mandate is a threat to Obama.

It ups the pressure to re-evaluate the failure we know as Obamacare.

So, who is doing what?

As if that wasn’t enough pressure, Rep. Rick Nolan (D-MN) and Sen. Bill Nelson (D-FL) are calling for people to get fired.

And, The Chicago Tribune wrote that ‘the bugs aren’t just in the software. They’re in the law itself.’

So, it seems that Obamacare’s house of cards is beginning to topple. 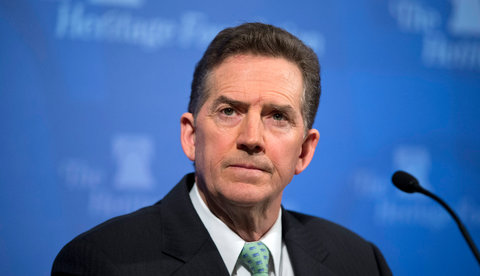 Digital democracy is here. We no longer passively watch our leaders on television and register our opinions on Election Day. Modern politics happens when somebody comments on Twitter or links to a campaign through Facebook. In our hyper-networked world, anyone can say anything, and it can be read by millions.

This new world will undermine the polling industry. For nearly a century, conventional wisdom has argued that we can only truly know what the public thinks about an issue if we survey a random sample of adults. An entire industry is built on this view. Nearly every serious political campaign in the United States spends thousands, even millions, of dollars hiring campaign consultants who conduct these polls and interpret the results.

Digital democracy will put these campaign professionals out of work. New research in computer science, sociology and political science shows that data extracted from social media platforms yield accurate measurements of public opinion. It turns out that what people say on Twitter or Facebook is a very good indicator of how they will vote.

How good? In a paper to be presented Monday, co-authors Joseph DiGrazia, Karissa McKelvey, Johan Bollen and I show that Twitter discussions are an unusually good predictor of U.S. House elections. Using a massive archive of billions of randomly sampled tweets stored at Indiana University, we extracted 542,969 tweets that mention a Democratic or Republican candidate for Congress in 2010. For each congressional district, we computed the percentage of tweets that mentioned these candidates. We found a strong correlation between a candidate’s “tweet share” and the final two-party vote share, especially when we account for a district’s economic, racial and gender profile. In the 2010 data, our Twitter data predicted the winner in 404 out of 406 competitive races.

Why does this happen? We believe that Twitter and other social media reflect the underlying trend in a political race that goes beyond a district’s fundamental geographic and demographic composition. If people must talk about you, even in negative ways, it is a signal that a candidate is on the verge of victory. The attention given to winners creates a situation in which all publicity is good publicity.