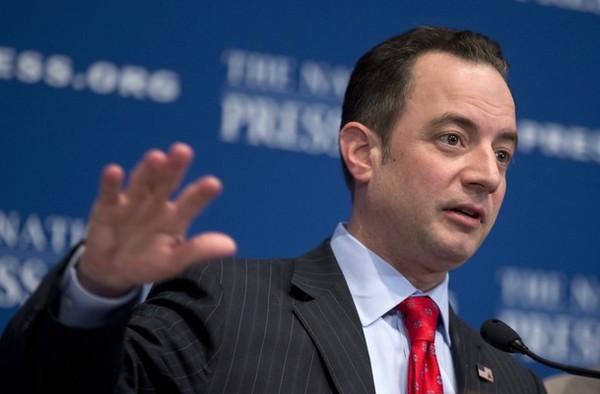 Way back in 1975, a Republican agitator named Ronald Reagan had this to say about an esoteric young movement that was roiling politics: “If you analyze it, I believe the very heart and soul of conservatism is libertarianism.”

Neither the GOP old guard nor the rowdy libertarians ever quite bought that argument.

They both lay claim to the same conservative economic philosophy. But libertarians are more isolationist and antiwar than Republican orthodoxy allows on foreign policy and more permissive on social issues.

Still, in the nearly four decades since Reagan made those comments, the two have managed — at least most of the time — to maintain an uneasy marriage of expedience.

Libertarianism once again appears to be on the rise, particularly among the young. But its alliance with the Republican establishment is fraying, as demonstrated by the increasingly personal war of words between two leading potential 2016 presidential contenders.

The sparring began last week, when New Jersey Gov. Chris Christie R posited: “As a former prosecutor who was appointed by President George W. Bush on Sept. 10, 2001, I just want us to be really cautious, because this strain of libertarianism that’s going through both parties right now and making big headlines, I think, is a very dangerous thought.”

After Christie made it clear that he was referring to Rand Paul, the Senate’s leading critic of the National Security Agency and its surveillance programs, the Kentucky Republican fired back on his Twitter account: “Christie worries about the dangers of freedom. I worry about the danger of losing that freedom. Spying without warrants is unconstitutional.”

Their feud — which is being watched closely as a possible warmup round for 2016 — has continued, expanded and spilled over into other issues.

On Tuesday, Christie chided: “If Senator Paul wants to start looking at where he’s going to cut spending to afford defense, maybe he should start cutting the pork-barrel spending that he brings home to Kentucky.” After which Paul told CNN that the plus-size governor was “the king of bacon talking about bacon.”

This kind of rancor is pretty much the last thing the Republican Party needs right now as it struggles to broaden its appeal and find its footing in the wake of two successive presidential defeats.

For their part, libertarians are thrilled. They say it is a sign they truly have arrived as a force to be dealt with, rather than dismissed as a fringe element.

Today, Paul Ryan announced his decision that he will not be running for president. END_OF_DOCUMENT_TOKEN_TO_BE_REPLACED

After Rick Perry threw his name in the hat, it was expected that he would be the leader in recent polls. END_OF_DOCUMENT_TOKEN_TO_BE_REPLACED

There is new information coming out about the possibility of Paul Ryan running by throwing his name into the mix and shaking things up. END_OF_DOCUMENT_TOKEN_TO_BE_REPLACED

The first test for most of the Republican presidential candidates is the Ames Straw Poll. END_OF_DOCUMENT_TOKEN_TO_BE_REPLACED

In a rare visit to Iowa ahead of this weekends straw poll, Mitt Romney rips Obama on economy saying Americans were “fearful, but not panicked.” Echoing the recent presidential approval ratings, he also predicts that voters will deny a second term for Obama. END_OF_DOCUMENT_TOKEN_TO_BE_REPLACED

At an event in S. Carolina on Saturday, Rick Perry is expected to make his intentions known on a run for the 2012 White House. END_OF_DOCUMENT_TOKEN_TO_BE_REPLACED

John Bolton may be adding his name to the long list of 2012 Republican hopefulls. Here are his words on the idea: END_OF_DOCUMENT_TOKEN_TO_BE_REPLACED

The massive wave of heat across the US isn’t the only thing getting hot. The rivalry between 2012 Republican hopefuls Mitt Romney and Rick Perry is beginning to heat up as well. END_OF_DOCUMENT_TOKEN_TO_BE_REPLACED