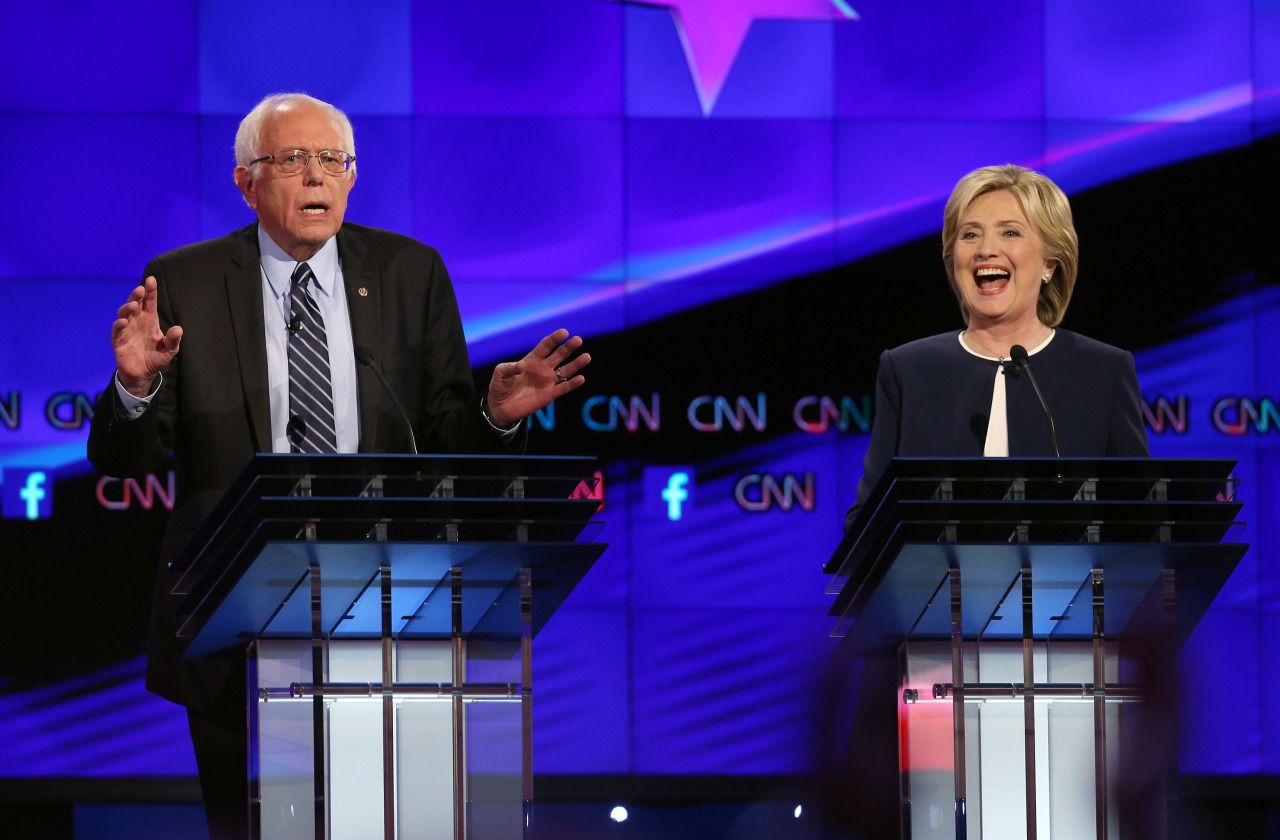 After the CNN democratic debate there’s really only two names being talked about among the democrat controlled mainstream media, Bernie Sanders and Hillary Clinton.

We all understand why Clinton is doing so well. She’s, well… a Clinton. On top of that, she’s got more teflon sprayed on her than anyone out there.

So what’s up with Bernie Sanders? For crying out loud, he’s said on more than one occasion that he’s a socialist. What gives?

Simple. He’s trying to play the Trump card. Seriously, think about it for just a second.

Sanders pulls in thousands at a rally. So does Trump.

Sanders is pretty open about everything. So is Trump.

Sanders doesn’t say too many bad things about his opponents. Neither does Trump. (Donald does, but he’s playing a psychology trick on your mind.)

The most recent time was during the debate when he made the blanket statement that nobody wants to hear about her emails anymore. He said, “Let me say something that may not be great politics. But I think the secretary is right, and that is that the American people are sick and tired of hearing about your damn e-mails.”

Some will say that helped him, others will say it hurt him. In the end, it will be seen that it doesn’t really matter. They argue it helped because he can use it if she doesn’t get the nomination. It would hurt him because it sends a message that he’s okay with a) violating State Department policy on private e-mail; b) disposing of public records without authority; c) misappropriating classified materials; d) covering up possible misconduct and conflicts of interest, as Joel Pollak reported from Breitbart.

In the end, it won’t make a difference. He’s playing his version of the Trump card. He’s only playing on the emotions of the voter. He’s only focused on the right here, right now. It’s Liberalism 101.

If you watched the CNN Democrat debate, it’s no secret Hillary Clinton and Bernie Sanders got way more talk time than the others. One of those candidates, Jim Webb is making the claim that it was ‘rigged.’

While speaking at the Council on Foreign Relations, Webb said, “I’m going to be very frank, it was rigged in terms of who was going to get the time on the floor by the way that Anderson Cooper was selecting people to supposedly respond to something someone else said.”