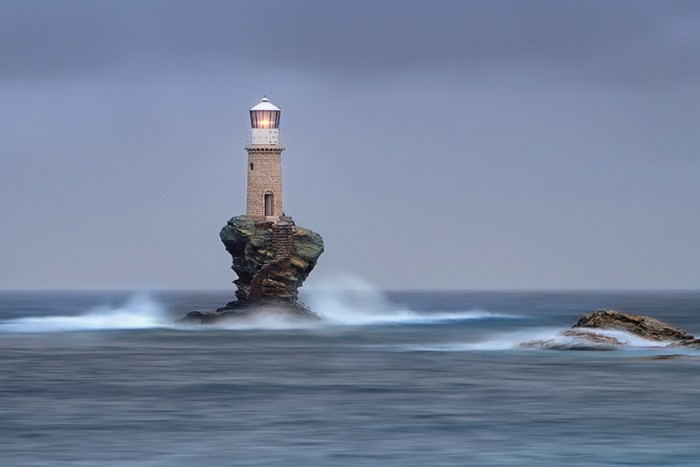 No matter where you go in the world, a lighthouse is built on a solid foundation. More than likely, a foundation built upon the rocks. You wouldn’t want it built on a beach would you? This is the same principle as the wise man who built his house upon the rocks.

The wise man knew that if he built his house on sand, with time and enough storms (or trials), that the sand around him and beneath him would soon be washed away. So, in his wisdom, he built it upon the rocks. Rocks are much, much stronger. And, they are a lot harder to move. If you build your house on the rocks, you are far less likely to have your house washed away.

Same thing with a lighthouse. Lighthouses are built on rocks so that they can withstand the forces of the ocean and all the storms that they encounter. Many people depend on the light to be seen from the lighthouse.

A lighthouse serves few purposes; however, their main purpose is to act as a guide. They serve as a warning. They act as a marker. Either way you look at a lighthouse, they act as some sort of a guide. It’s the same principle we see when looking at a shining city on a hill. Even if you only have the light from a single candle, that light will be seen from miles upon miles away.

One of the bragging rights for our military is that it owns the night. There isn’t another fighting force that can compete on the same level. I may be a little biased, because of the time I spent in the Army, but either way, we own the night. During night training, everyone is always talking about light discipline. And it’s for this very reason. The light emitted from one flashlight, or one cigarette lighter, or light cigarette for that matter, will give off a light that can be seen for miles. If you have no light discipline, you are literally playing with your life or another nearby.

“Let your light so shine before men, that they may see your good works, and glorify your Father which is in heaven.”

The light that burns within you, again, has the ability to bring others unto Christ. We have no idea the full impact of our life. Our actions, choices, and light travel many more miles than we can even comprehend. Let the light within you shine so bright that it becomes contagious.