In a very close race with Ken Cuccinelli, Terry McAuliffe is the projected winner in the highly contested Virginia governor race. 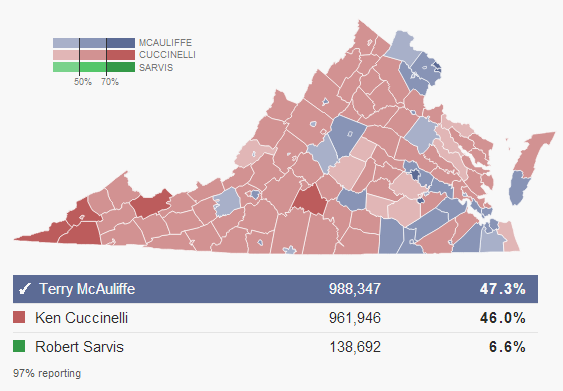 The reason this race was so closely watched was because going into this race, it was considered a battle-ground state.

Now, it will wind up being a ‘base-camp’ if you will for Hillary Clinton to make a run for president in 2016.