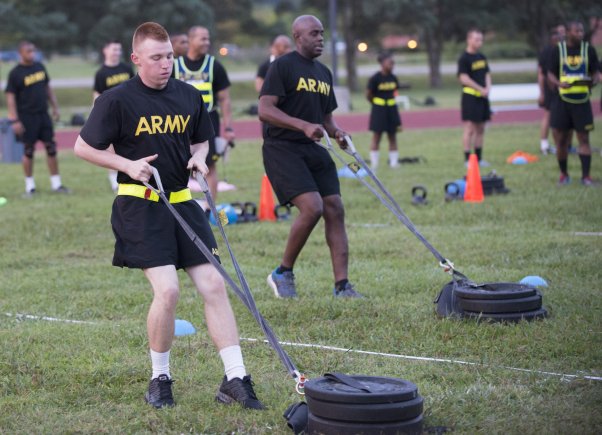 Earlier this week, the U.S. Army announced that it will be replacing the Army Physical Fitness Test designed to better prepare soldiers for combat.

The all new Army Combat Fitness Test will be a requirement of all soldiers, regardless of age or gender, by October 2020. It is a test of six events that will measure “muscular strength, muscular endurance, power, flexibility, coordination, speed, agility, cardiovascular endurance, balance and reaction time.”

Maj. Gen. Malcolm Frost told reporters at the Pentagon, “It’s going to improve soldier physical readiness; it’s going to change the Army fitness culture, reduce physical injuries … it will better inform commanders of unit readiness and will enhance mental toughness and stamina. I personally believe that the Army Combat Fitness Test will ignite a general cultural change in fitness for the Army and will be a cornerstone of individual combat readiness for the future.”

The six events of the new ACFT:

All of the events must be completed in 50 minutes or less. Frost said there is mandated rest and a maximum time for each event. Two minutes’ rest between each of the events and five before the two-mile run.

There are still a lot of questions surrounding the new Army Combat Fitness Test to include policies and procedures, as well as alternate events, scoring systems, and more.

Starting in October 2019, the ACFT will be fully implemented to allow all soldiers to train up to the new standards.

Many have made incredibly strong arguments about the APFT and if it was a valid enough test to effectively measure readiness.

Sgt. Maj. Daniel Dailey, sergeant major of the Army went on record to say, “This supports the chief of staff of the Army’s and the secretary of the Army’s number one initiative, which is readiness. We need to assess our soldiers’ ability and improve that over time. The APFT is a physical fitness test that has served the Army well for decades, but we can improve upon it.”