You are here: Home / Politics / TSV100 – CPAC Straw Poll and Super Saturday By The Numbers

CPAC 2016 picks their winner and another Super Caucus Voting Day is behind us.

Saturday was a big win on the books for Ted Cruz. He won the straw poll at CPAC and beat out Donald Trump in a decisive manner in Kansas and Maine. Granted, Trump beat him out Kentucky and Louisiana, but the victories weren’t as YUGE as Trump would have liked them.

It’s when you look at the numbers, do you get a real sense on how good of a day it was for Cruz.

Let’s start with the straw poll. 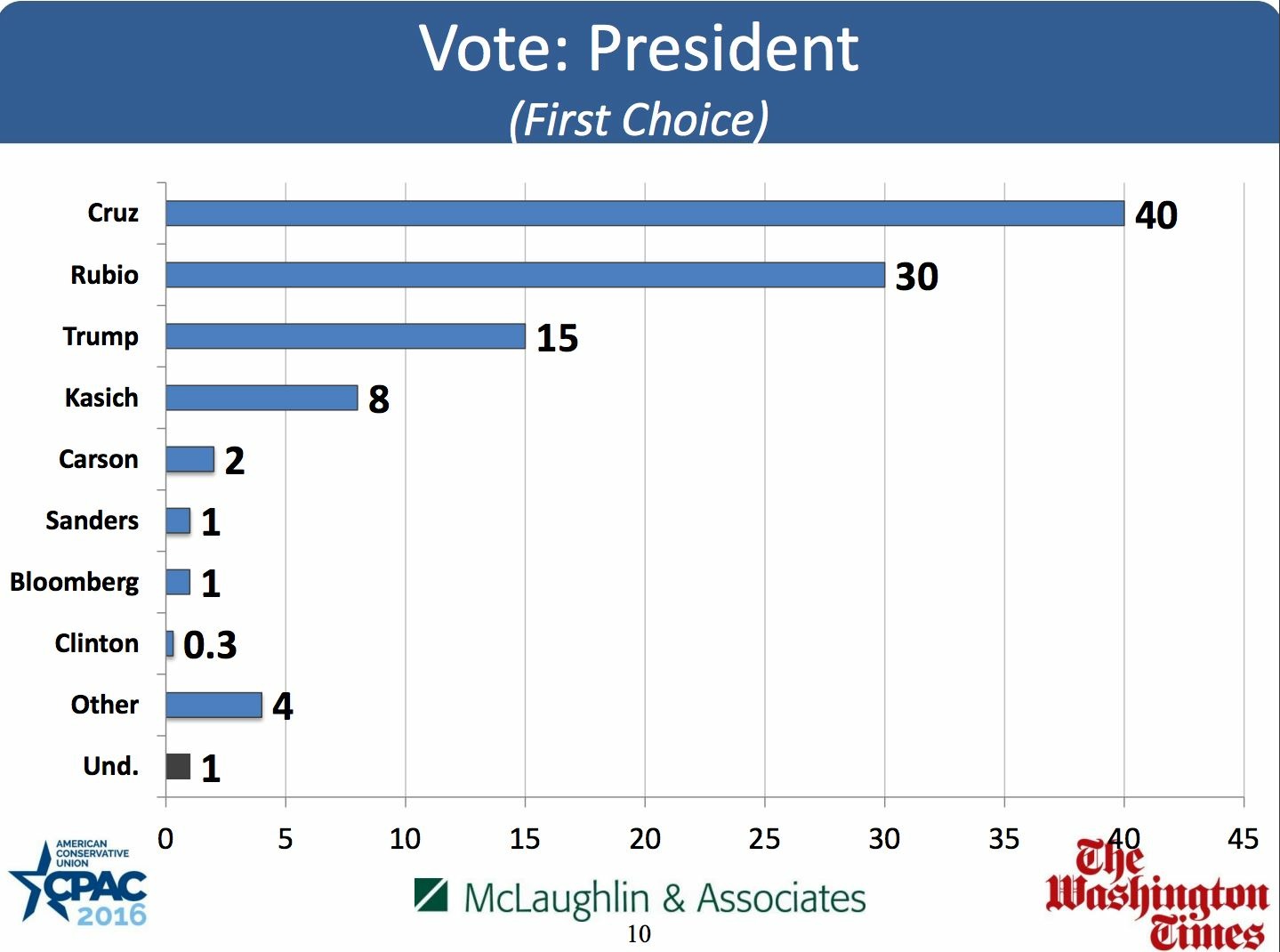 40% of the vote went to Ted Cruz with 30% for Marco Rubio and only 15% going for Trump. Remember, Trump cancelled his appearance at CPAC basically at the last minute, and for reasons we don’t entirely know. But, he wasn’t there. He was out campaigning. Did this hurt his standings? Not really.

You have to remember that CPAC is typically regarded as the most hardcore group of conservatives there is. And, that same group of people aren’t very fond of the Donald to begin with.

But, he didn’t even get high marks when it came time to pick your second choice. That went in large part to Rubio. And that wasn’t separated by all that much. Rubio was the second choice by 29%, while Cruz was at 26%, followed by Kasich with 18%, Trump with 9%, and Carson rounding out the top 5 with 7%.

Now, let’s take a look at the Super Saturday numbers. 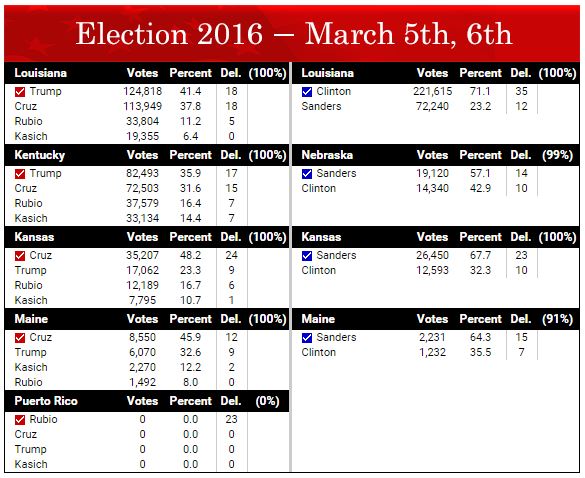 Trump was expecting to cruise to victory and win in big fashion. But, that’s not how it played out at all. And, really, that’s kind of what happens when and if you focus on the polls. And I think that’s where Trump messed up. He thought since he was polling well in the states up for grabs, he was going to do yuge.

So how did they do?

But, even in the two states he did win, he didn’t win by all that much.

In Louisiana, he got 41% of the vote with Cruz claiming 38%. This should send a clear message to the Trump camp not to place all your bets based off of polls. Going in to Saturday, Trump was ahead in the polls by almost double digits.

And what about Kentucky? Well, Trump walked away with 36% while Cruz claimed 32%. Again, same thing here as in Louisiana. Trump was polling really well. But, as we all know, polls don’t always translate into real votes.

Votes. That’s what this is all about. Votes.

In the end of the day, it is about who can get the votes and beat the democrats. And, to figure out who that person will be depends on the delegate count.

Kansas gave up 23 delegates for Cruz and only 9 for Trump.

Kentucky turned over 17 for Trump and 15 for Cruz.

Louisiana awarded 18 each to Trump and Cruz.

All in all, not a good day for Trump. 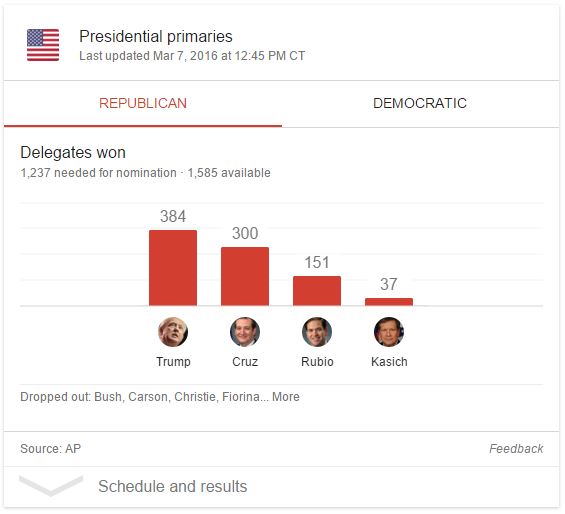 This brings the total delegate count as of right now to Trump having 384 while Cruz is right behind him with 300. This race is long from being decided. To become the nominee a candidate needs 1,237 and we aren’t even close to that number right now.