You are here: Home / Politics / Now We’re Not Allowed To Lay Hands On People In Prayer?

The hypocrisy from some in the media is deafening!

The other day, Drudge ran with headlining what he felt was evidence that some think Ted Cruz is a gift from God. That he’s the anointed one.

Being the curious type I had to check out the links.

What I found was a far stretch from the truth. They were links to a few YouTube videos where Cruz’s father was being interviewed about Ted’s choice to be in the election.

If I recall correctly, Cruz spent a few months praying about if he should run or not.

There’s nothing inherently wrong with that. I pray about things all the time.What I want to point out is the hypocrisy

What I want to point out is the hypocrisy and outright propagandist tactic that happened on Drudge.

Since everyone knows that photos speak a thousand words, let’s just look at a few.

Here’s one of a gentleman who wanted to pray for Drudge’s pick in the race, Donald Trump: 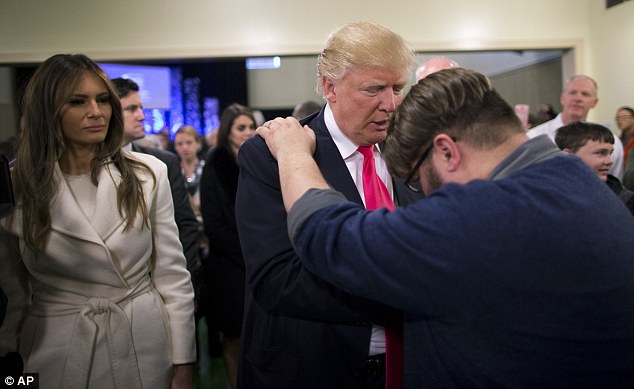 Not so bad when it’s your guy in the race. Just wondering if it’s okay to ‘anoint’ or pray over a candidate other than who you’re working for? Asking for a friend.

But wait, there’s more! Here’s another of Trump with a group of people around him putting their hands all over him doing that whole ‘anointed’ thing: 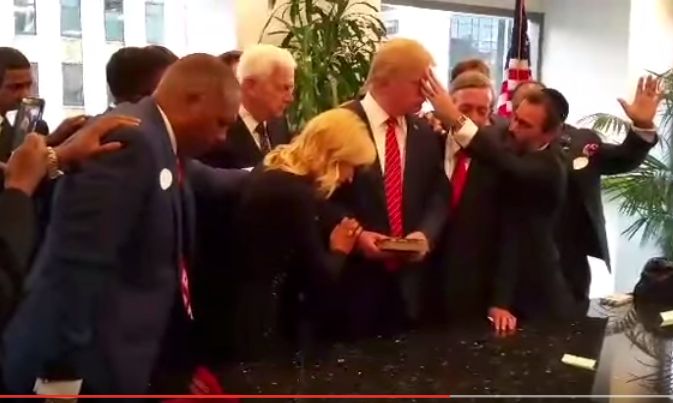 Why does it look like that one guy is trying to poke him in the eye? Maybe Drudge could have run that headline to get a few clicks: PASTOR POKES TRUMP IN EYE WHILE TRUMP GETS ANOINTED

Kind of has a ring to it don’t you think?

What if someone tried the whole ‘anointed’ thing on Hillary Clinton? Say it’s not so! 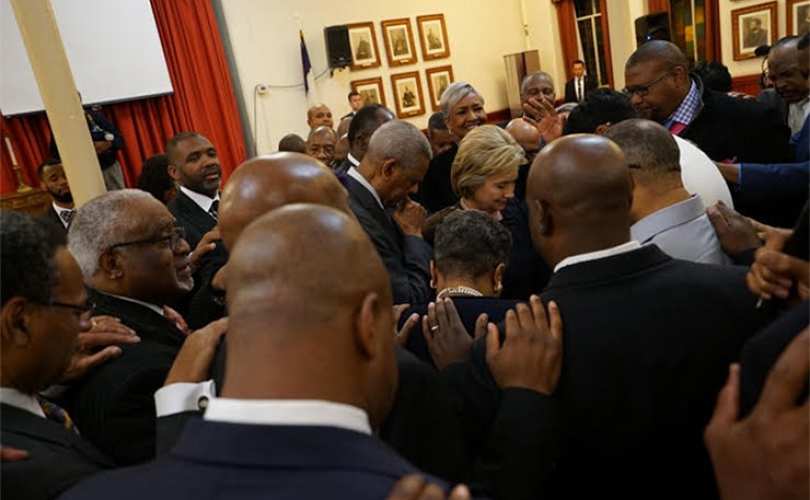 Certainly this one didn’t get past Drudge? Maybe he could have titled the link: BLACK PASTORS PERFORM EXORCISM ON CLINTON AS SHE SPEAKS IN BLACK TONGUES

Okay, well maybe that one’s not far off from the truth. Kidding. I kid.

But seriously, what is wrong with placing your hands on another offering a prayer?

It’s only bad when the only viable threat to your guy winning has it happen to him. 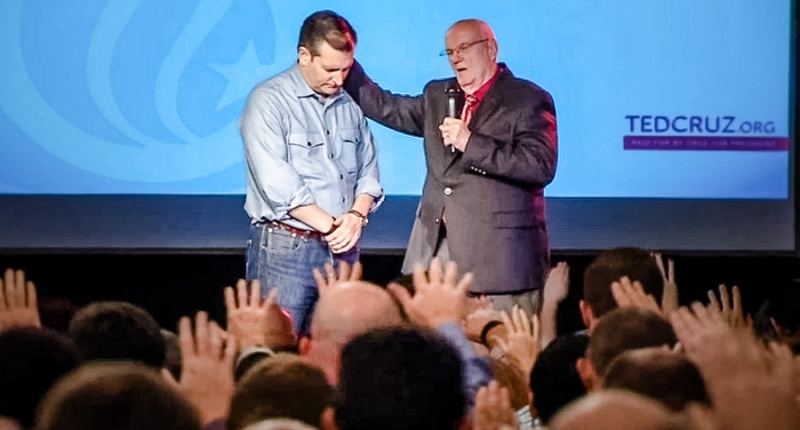 We all know Ted Cruz is an unapologetic Christian. He’s not afraid to talk about his faith, or put it on the line.

WARNING! Here’s another picture of Ted Cruz with people ‘anointing’ him: 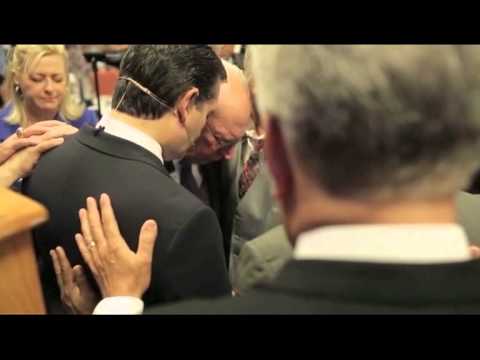 Oh my! That one is so damning. Look how many hands are involved! His father is even there.

Look, it’s easy to get caught up in the hype of one candidate over another. But it’s the job of the media to report the facts. Some do it better than others. Some just write their own headlines to other’s work.

On the other hand, it’s just as easy to go out there and verify what you are reading or hearing as truth or fiction.

Beware the propaganda and click bait by some out there. Always do some homework!