You are here: Home / Politics / Chief Justice Roberts’ 2 Opinions in 2 Days are Confusing

What a difference a day can make for Chief Justice Roberts!

In favor of ObamaCare one day, against Marriage Equality the next. It really isn’t about the two cases themselves, just what he has to say about them in his opinions.

As you can see, Roberts understands that his role is to interpret ‘what the law is.’ However, he offered his ruling based on what Congress’s intention was. He ruled in favor of the spirit of the law rather than the letter of the law. 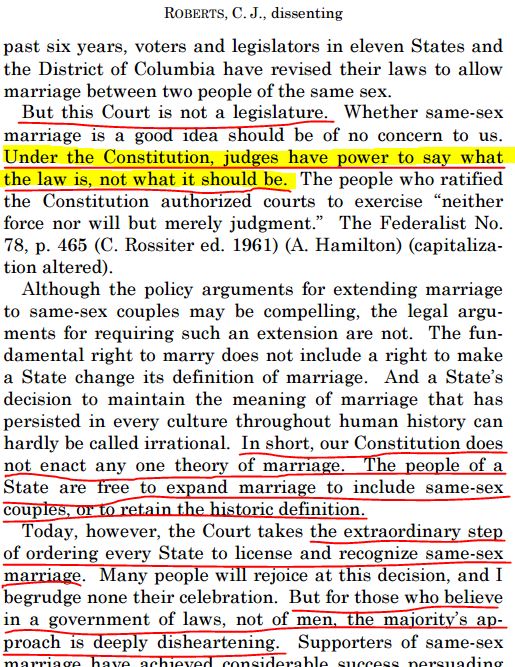 With his dissenting opinion, he reverses course from the day before and states that the ‘Court is not a legislature.’ He further supports this truth saying, “Under the Constitution, judges have power to say what the law is, not what it should be.” This is how you rule by the letter of the law and not the spirit.

With these two contrasting opinions from the same individual, I have to admit that I’m a little confused by Roberts and where he actually stands on anything.