You are here: Home / Politics / Obama’s Philosophy on Income Inequality 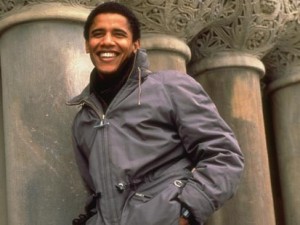 Barack Obama’s philosophy on income inequality, in his own words, shines some light into his twisted perspective.

There is no question that Ben Shapiro and the rest of the staff at Breitbart.com are working diligently on the vetting of Obama. And, what they have uncovered from an interview done in December 28, 1995 with the Hyde Park Citizen newspaper is their latest focus.

In an environment of scarcity, where the cost of living is rising, folks begin to get angry and bitter and look for scapegoats. Historically, instead of looking at the top 5% of this country that controls all the wealth, we turn towards each other, and the Republicans have added to the fire.

It’s about power. My travels made me sensitive to the plight of those without power and the issues of class and inequalities as it relates to wealth and power. Anytime you have been overseas in these so-called third world countries, one thing you see is the vast disparity of wealth of those who are part of power structure and those outside of it.

It will be interesting to see what else becomes uncovered prior to this interview. Certainly, something from the college years would be great in understanding his misguided attempt at class rhetoric so early. There seems to be an undertone of racial inequality with this quote, but without more to go on it is difficult to point in that direction.

However, one of the most interesting things said involves his ‘travels’ having ‘been overseas in these so-called third world countries.’ One of the themes of interest during his initial campaign in 2008 was his lack of travel and foreign policy expreience. Is there something here we don’t know? Is there any truth to his questionable travels to Indonesia? Or, is it speculation at best?