Ronald Reagan – “[T]he White House is telling us a solid economic recovery is taking place. It claims a slight drop in unemployment. It says that prices aren’t going up as fast, but they are still going up, and that the stock market has shown some gains. But, in fact, things seem just about as they were back in the 1972 election year. Remember, we were also coming out of a recession then. Inflation had been running at round 6 percent. Unemployment about 7 [percent]. Remember, too, the upsurge and the optimism lasted through the election year and into 1973. And then the roof fell in. Once again we had unemployment. Only this time not 7 percent, more than 10. And inflation wasn’t 6 percent, it was 12 percent. Now, in this election year 1976, we’re told we’re coming out of this recession just because inflation and unemployment rates have fallen, to what they were at the worst of the previous recession. If history repeats itself, will we be talking recovery four years from now merely because we’ve reduced inflation from 25 percent to 12 percent?

The fact is, we’ll never build a lasting economic recovery by going deeper into debt at a faster rate than we ever have before. It took this nation 166 years until the middle of World War II to finally accumulate a debt of $95 billion. It took this administration just the last 12 months to add $95 billion to the debt. And this administration has run up almost one-fourth of the total national debt in just these short 19 months.

James Madison – “I regret, as much as any member, the unavoidable weight and duration of the burdens to be imposed; having never been a proselyte to the doctrine, that public debts are public benefits. I consider them, on the contrary, as evils which ought to be removed as fast as honor and justice will permit.”

Colossians 3:12 – Put on therefore, as the elect of God, holy and beloved, bowels of mercies, kindness, humbleness of mind, meekness, longsuffering;

On this day in history – In 1802, the Army Corps of Engineers was established to found and operate the United States Military Academy at West Point. 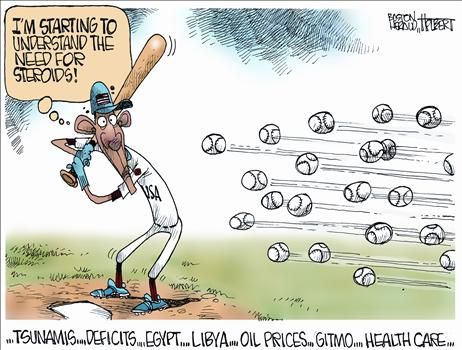