Ronald Reagan – “The themes of a sound foreign policy should be no mystery, nor the result of endless agonizing reappraisals. They are rooted in our past — in our very beginning as a nation.

The Founding Fathers established a system which meant a radical break from that which preceded it. A written constitution would provide a permanent form of government, limited in scope, but effective in providing both liberty and order. Government was not to be a matter of self-appointed rulers, governing by whim or harsh ideology. It was not to be government by the strongest or for the few. Our principles were revolutionary. We began as a small, weak republic. But we survived. Our example inspired others, imperfectly at times, but it inspired them nevertheless. This constitutional republic, conceived in liberty and dedicated to the proposition that all men are created equal, prospered and grew strong. To this day, America is still the abiding alternative to tyranny. That is our purpose in the world — nothing more and nothing less.

1 John 4:18 – There is no fear in love; but perfect love casteth out fear: because fear hath torment. He that feareth is not made perfect in love.

On this day in history – In 1856, the Republican Party held its first national meeting in Pittsburgh, Pennsylvania. 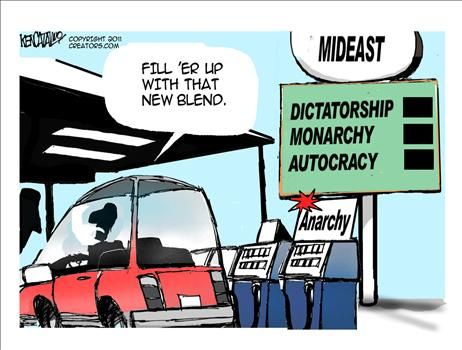