Ronald Reagan – “The Founding Fathers established a system which meant a radical break from that which preceded it. A written constitution would provide a permanent form of government, limited in scope, but effective in providing both liberty and order. Government was not to be a matter of self-appointed rulers, governing by whim or harsh ideology. It was not to be government by the strongest or for the few. Our principles were revolutionary. We began as a small, weak republic. But we survived. Our example inspired others, imperfectly at times, but it inspired them nevertheless. This constitutional republic, conceived in liberty and dedicated to the proposition that all men are created equal, prospered and grew strong. To this day, America is still the abiding alternative to tyranny. That is our purpose in the world — nothing more and nothing less.

Geroge Washington – “No country upon earth ever had it more in its power to attain these blessings than United America. Wondrously strange, then, and much to be regretted indeed would it be, were we to neglect the means and to depart from the road which Providence has pointed us to so plainly; I cannot believe it will ever come to pass.”

Romans 8:35,37 – 35Who shall separate us from the love of Christ? shall tribulation, or distress, or persecution, or famine, or nakedness, or peril, or sword? 37Nay, in all these things we are more than conquerors through him that loved us.

On this day in history – The United States House of Representatives passed the Missouri Compromise. 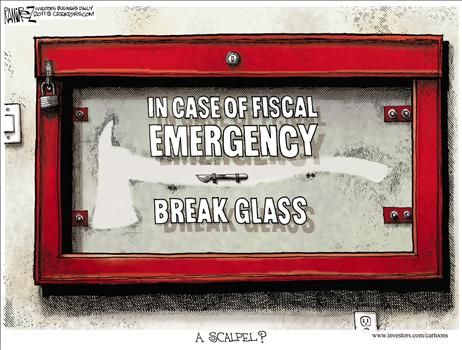