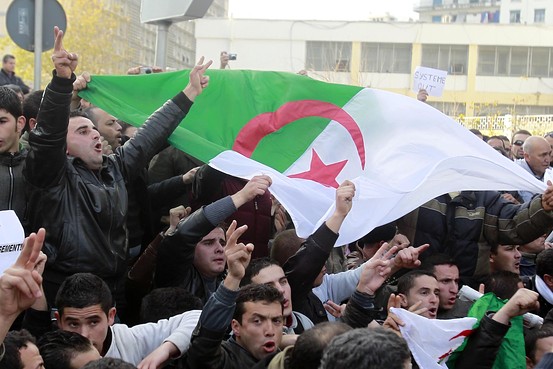 The crisis in Egypt told through photos.

In an attempt to calm protesters in Egypt, ruling party leaders gave their resignations. However, the protests have not slowed, and will not do so until the people are satisfied with the removal of current Egyptian President Hosni Mubarak steps down.

As increased pressure from the likes of the United States, the likely person to be placed in the office of president is the newly named VP, Omar Suleiman. As it is uncertain who will take Mubarak’s place, one thing is certain, and that is that the people want him out.

Here is what one person had to say:

In what is being labeled as a ‘day of departure’ for Hosni Mubarak in Egypt, the tensions continue as protesters fill the streets in another attempt to force out Mubarak.

CAIRO — The Egyptian military guarded thousands of protesters pouring into Cairo’s main square for a ‘day of departure’ rally Friday in an attempt to drive out President Hosni Mubarak after a week and half of pro-democracy demonstrations.

The Obama administration said it was in talks with top Egyptian officials about the possibility of Mubarak immediately resigning, and an interim government forming before free and fair elections this year.

Egyptian Defense Minister Hussein Tantawi and senior army officials visited the square Friday morning and soldiers were checking IDs and performing body searches at its entrances, a sign that Egypt’s most powerful institution was sanctioning the demonstration.     Continue reading . . .