You are here: Home / Politics / Miscellaneous / Living Positive in a Negative World

I’ll admit it is pretty difficult to live positive in a world so full of negatives.

It comes at you in so many directions!

And, most of the time, logging on to social media throws even more at you. Aside from all the negative stuff, you get bombarded by things that are borderline pornographic.

It’s all so disgusting!

So… what can we do? Better yet, is there anything we really can do?

First and foremost, it has to start with you! You can’t sit in front of a computer screen, with smartphone in hand, and be a keyboard warrior.

Sure, you can flag media as offensive; you can even block the person. But, if you are genuine in your relationships, speak up and speak out.

“Silence in the face of evil is itself evil: God will not hold us guiltless. Not to speak is to speak. Not to act is to act.” ― Dietrich Bonhoeffer

There are times where I would love to rant online and clear my mind. But, that’s not who I want to be. I don’t want to be that guy who always complains about every little thing that goes wrong. I’m more focused on the people and things around me. 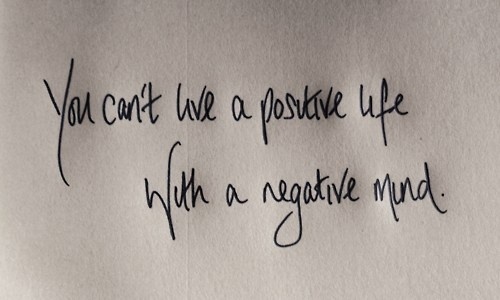 A few years ago, I was attending a conference at church where someone made a very profound statement. They said, ‘Imagine the person you are looking at, or working with, is going through one of the toughest things they have ever had to deal with, and 10 times out of 10… You’ll be right.’

That statement really spoke to me!

We’ve all had those days, right? Well… I was not having that great of a day, but I noticed that a listener had posted something on social media that raised my eyebrows. I was really feeling for this friend, so I reached out to let them know I noticed.

I didn’t reach out because I wanted to feel better about my own problems. I reached out because I had some genuine concern for this friend.
What I’m trying to say is even though there is so much negativity all around us, there is just as much positive also.

If you are tired of seeing, and being a part of some of the negativity, then change your mindset for the positive.

Lose yourself in serving those around you. There is great joy in serving others.

Be someone’s positive in a negative world.