There is a war being waged on Christianity and the VA medical center in Salem, Virginia has added Christmas to the waiting list.

For a while now, we’ve seen Christians be persecuted for taking a stand for what they believe. One lady was even put in jail for not wanting to issue a marriage license to same-sex couples.

But, now things have been taken to a new level.

In a letter obtained by conservative legal firm Alliance Defending Freedom, we learn that the Salem, Virginia VA medical center leaves the idea to the staff that they could be punished if they display symbols that promote the Christian religion. 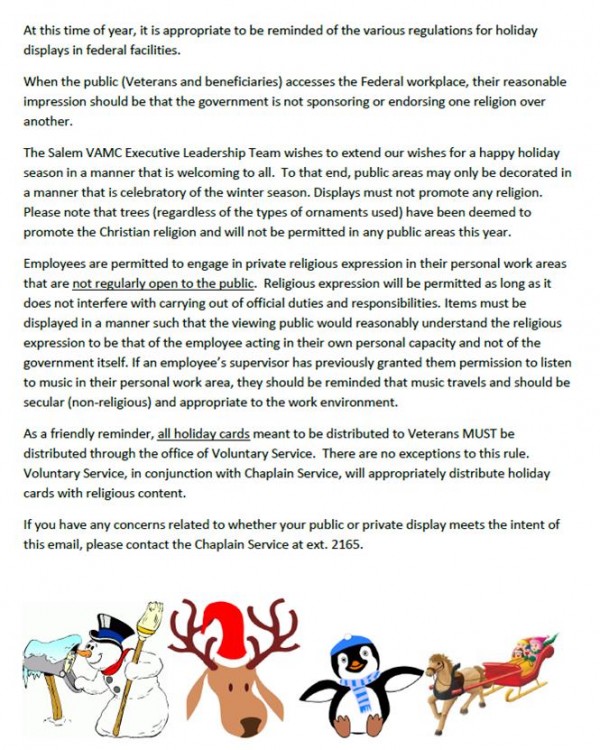 “It’s ridiculous that people have to think twice about whether it’s okay to celebrate Christmas as Christmas rather than some watered-down winter holiday. The courts have never ruled that government employees must hide any hint of religious expression. To the contrary, the courts have clearly stated that any such requirement demonstrates an unconstitutional hostility toward religion. If government bureaucrats are afraid of causing offense, they should realize that rules like this offend both the First Amendment and the overwhelming majority of Americans, 95 percent of whom celebrate Christmas.”

So… it looks like our Veterans aren’t the only ones being shoved to the side.