Ronald Reagan – “Now, let’s talk about getting spending and inflation under control and cutting your tax rates. Mr. Speaker and Senator Baker, I want to thank you for your cooperation in helping to arrange this joint session of the Congress. I won’t be speaking to you very long tonight, but I asked for this meeting because the urgency of our joint mission has not changed. Thanks to some very fine people, my—my health is much improved. I’d like to be able to say that with regard to the health of the economy.

It’s been half a year since the election that charged all of us in this government with the task of restoring our economy. And where have we come in this six months? Inflation, as measured by the Consumer Price Index, has continued at a double-digit rate. Mortgage interest rates have averaged almost 15 percent for these six months, preventing families across America from buying homes. There are still almost eight million unemployed. The average worker’s hourly earnings after adjusting for inflation are lower today than they were six months ago, and there have been over 6,000 business failures.

Six months is long enough. The American people now want us to act and not in half-measures. They demand and they’ve earned a full and comprehensive effort to clean up our economic mess. Because of the extent of our economy’s sickness, we know that the cure will not come quickly and that even with our package, progress will come in inches and feet, not in miles. But to fail to act will delay even longer and more painfully the cure which must come. And that cure begins with the federal budget. And the budgetary actions taken by the Congress over the next few days will determine how we respond to the message of last November 4th. That message was very simple. Our government is too big, and it spends too much.”

Thomas Jefferson – “But with respect to future debt; would it not be wise and just for that nation to declare in the constitution they are forming that neither the legislature, nor the nation itself can validly contract more debt, than they may pay within their own age, or within the term of 19 years.”

1 John 3:11 – For this is the message that you heard from the beginning, that we should love one another. 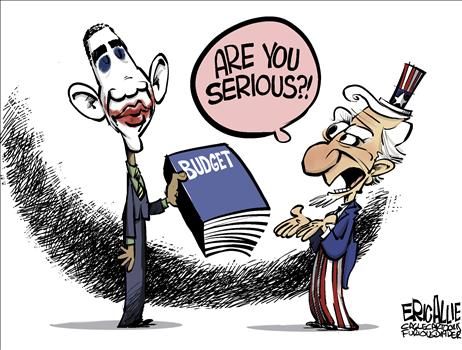