Ronald Reagan – “Looming large in your inheritance is this country, this land America, placed as it is between two great oceans. Those who discovered and pioneered it had to have rare qualities of courage and imagination, nor did these qualities stop there. Even the modern-day immigrants have been possessed of courage beyond that of their neighbors. The courage to tear up centuries-old roots and leave their homelands, to come to this land where even the language was strange. Such courage is part of our inheritance, all of us spring from these special people and these qualities have contributed to the make-up of the American personality.

There are conditions to this “will” of which I speak. There are terms the heirs must meet in order to qualify for the legacy. But, I have never been able to believe that America is just a reward for those of extra courage and resourcefulness. This is a land of destiny and our forefathers found their way here by some Divine system of selective service gathered here to fulfill a mission to advance man a further step in his climb from the swamps.”

Inscription on the Liberty Bell – “Proclaim liberty throughout the land unto all the inhabitants thereof.”

Psalm 97:10 – Ye that love the LORD, hate evil: he preserveth the souls of his saints; he delivereth them out of the hand of the wicked.

On this day in history – In 1795, the 11th Amendment to the United States Constitution is ratified. 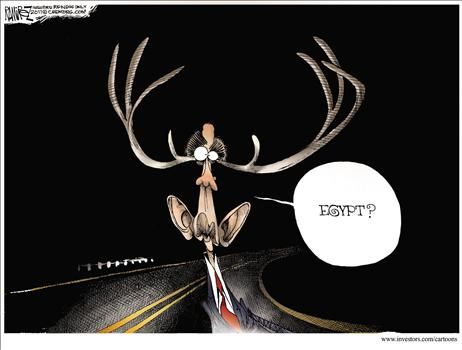