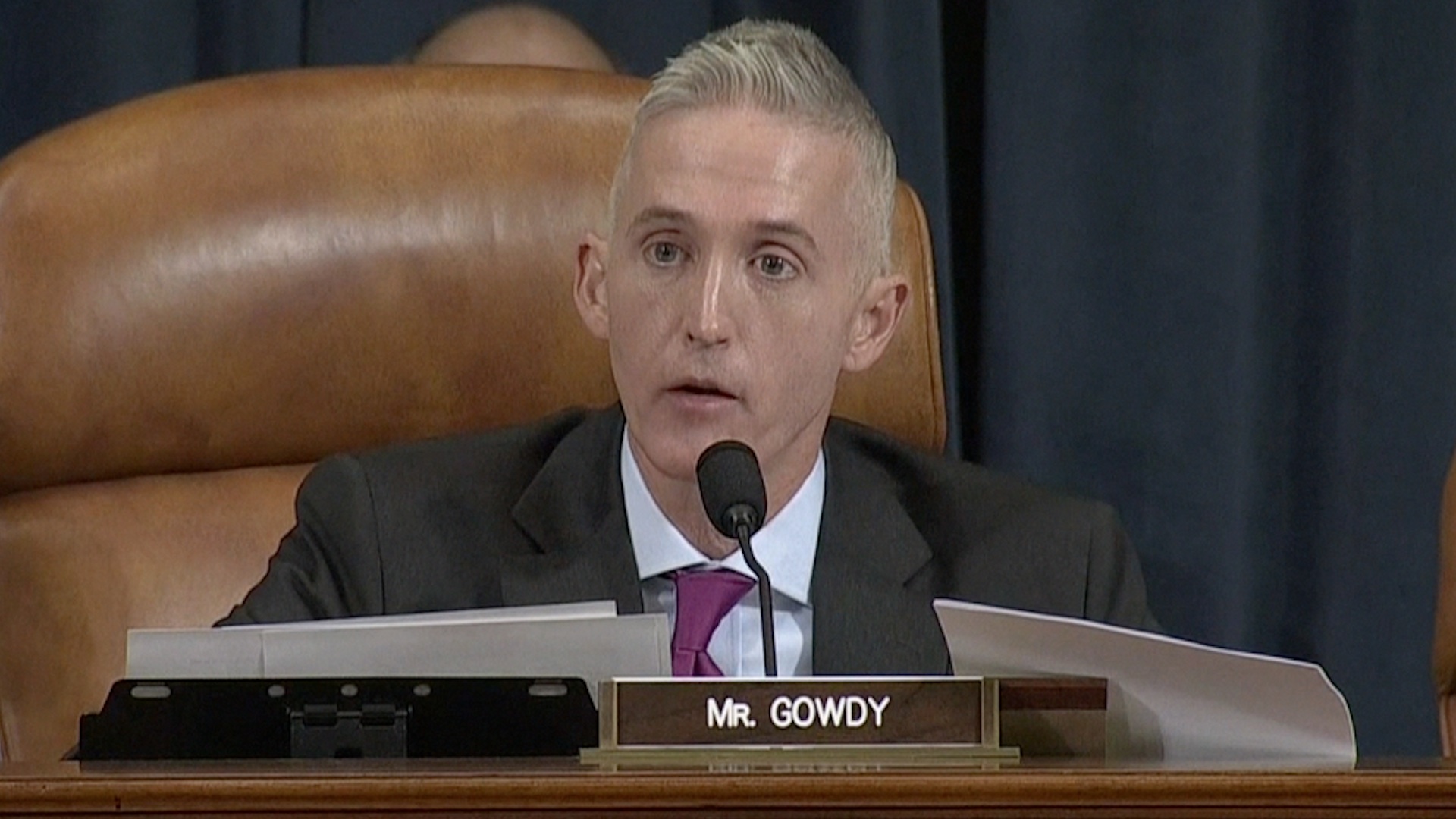 Trey Gowdy didn’t waste any time during his opening remarks to confront former Secretary of State Hillary Clinton on the investigation of Benghazi.

Clinton has made previous remarks that this investigation was all about her and it was an all-out witch hunt. Nonetheless, it was her turn to testify to what happened in Benghazi that left four Americans dead.

Some of Gowdy’s opening remarks included:

“Madame Secretary, I understand some people — frankly in both parties — have suggested this investigation is about you. Let me assure you it is not. And let me assure you why it is not. This work is about something much more important than any single person. It is about four U.S. government workers, including our Ambassador, murdered by terrorists on foreign soil. It is about what happened before, during, and after the attacks that killed these four men.”

“Not a single member of this Committee signed up for an investigation into you or your email system. We signed up because we wanted to honor the service and sacrifice of four people sent to a foreign land to represent us – who were killed – and do everything we can to prevent it from happening to others.”

“There are certain characteristics that make our country unique in the annals of history. We are the greatest experiment in self-governance the world has ever known. And part of that self-governance includes self-scrutiny – even of the highest officials. Our country is strong enough to handle the truth. And our fellow citizens expect us to pursue the truth, wherever the facts take us.”