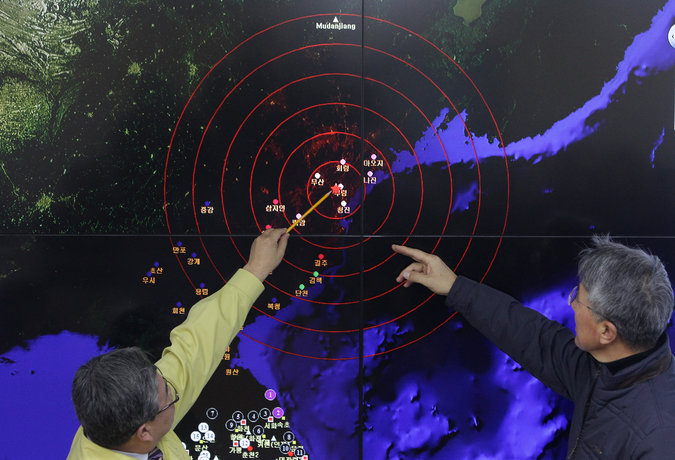 On Tuesday, North Korea claimed it had successfully tested its first hydrogen bomb.

They made the announcement about an hour after detection services around the world recorded a 5.1 seismic event off its northeast coast.

“This is the self-defensive measure we have to take to defend our right to live in the face of the nuclear threats and blackmail by the United States and to guarantee the security of the Korean Peninsula,” a female North Korean announcer said, reading the statement on Central Television, the state-run network.

There is always some level of skepticism because of how isolated North Korea is.

However, if the claim is found to be accurate, this is its most significant threat to date.

Outside analysts took the claim as the latest of several hard-to-verify assertions that the isolated country has made about its nuclear capabilities. But some also said that although North Korea did not yet have H-bomb capability, it might be developing and preparing to test a boosted fission bomb, more powerful than a traditional nuclear weapon.

Weapon designers can easily boost the destructive power of an atom bomb by putting at its core a small amount of tritium, a radioactive form of hydrogen.

Lee Sang-cheol, the top nonproliferation official at the South Korean Defense Ministry, told a forum in Seoul last month that although Mr. Kim’s hydrogen bomb boasts might be propaganda for his domestic audience, there was a “high likelihood” that North Korea might have been developing such a boosted fission weapon.

And according to a paper obtained by the South Korean news agency Yonhap last week, the Chemical, Biological and Radiological Command of the South Korean military “did not rule out the possibility” of a boosted fission bomb test by the North, although it added it “does not believe it is yet capable of directly testing hydrogen bombs.”

The White House says the U.S. government’s early analysis of underground activity in North Korea “is not consistent” with that country’s claim of having conducted a successful hydrogen bomb test. 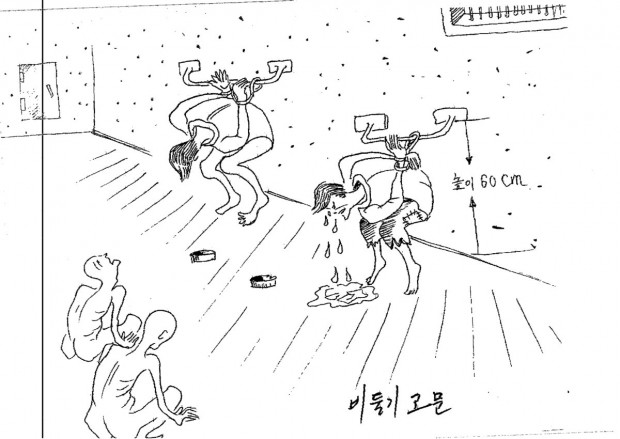 The sketches included in the report, which come by way of Kim Kwang-il, a North Korean who claims he spent six years in a prison camp.

Here is a copy of the UN report which further describes the sketches in detail:

Tensions on the Korean Penninsula continue as North Korea offers new threats toward its neighbor to the south, again. And as always, when there is little to no attention being given to Kim Jong-Ill, he puts himself in the spotlight.

Saying that if South Korea continues to hold joint military drills during the next few days with the United States, there would be “merciless counteraction.” This comes as the North accuses South Korean activists of sending balloons with leaflets and DVDs that criticize the communist government.

Certainly, this doesn’t help the idea of unification as the last year of events have kept tensions high.

While campaigning for the presidency, then-Sen. Barack Obama repeatedly promised to “end discrimination against gays and lesbians” by the U.S. military’s so-called “don’t ask, don’t tell” policy. Last October, he told supporters at a Human Rights Campaign dinner here in Washington, “I’m working with the Pentagon, its leadership and the members of the House and Senate on ending this policy. … I will end ‘don’t ask, don’t tell.’ That’s my commitment to you.”

Of course, it’s not a matter of “policy”; it’s the law — and it’s been on the books since 1993. Section 654 of Title 10 of the U.S. Code clearly states: “The presence in the armed forces of persons who demonstrate a propensity or intent to engage in homosexual acts would create an unacceptable risk to the high standards of morale, good order and discipline, and unit cohesion that are the essence of military capability.” Notably, this language became the law of the land — not just “policy” — while American troops were engaged in Somalia.