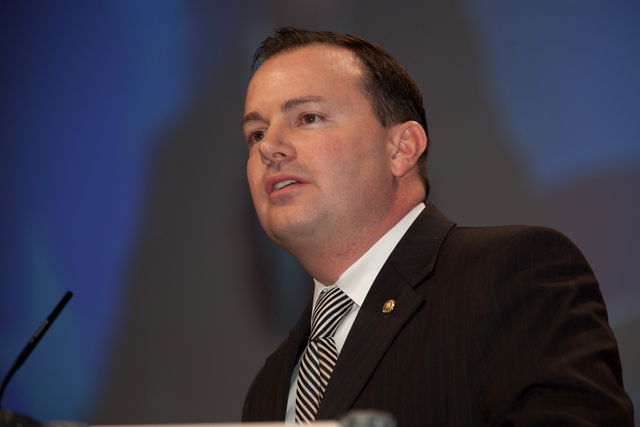 Sen. Mike Lee has an agenda on fighting Obama’s crony economy and how conservatives can do it.

At Heritage.org, Lee first addressed the fact that America and her economy is the ‘envy of the world’ and how many people are starting to ‘believe our system is rigged.’

It’s easy to side with people when Obama and his cronies step in with endless stimulus packages and bailouts, to continuing the false narrative of Global Warming/Cooling, to the takeover of 1/6th of the economy with Obamacare. These, and many more are hurting the economy and the American worker.

Mike Lee also brings to light something that should be on your radar in the form of the Export-Import Bank. Don’t know, or have never heard of the Ex-Im Bank?

In short, Ex-Im Bank exists to dole out taxpayer-backed loan guarantees to help American exporters. Most of the benefits go to large corporations that are perfectly capable of securing private financing anywhere in the world. That is to say, Congress allows Ex-Im Bank to risk taxpayer money unnecessarily to subsidize well-connected private companies.

So, what are Lee’s three principles on why we should fight Obama’s crony economy?

Fighting against Obama’s crony economy is something we will hear more of leading up to the 2014 elections and into 2016.