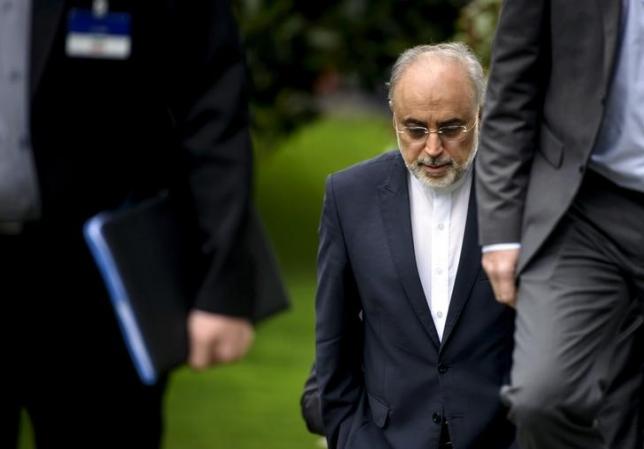 Tensions are rising in and around Iran over their recent missile test-fires, both long and short-range. Also, there is new concern regarding the new discovery of a secret uranium enrichment plant.

The tests come as the Islamic Republic started large-scale missile drills on Sunday.

Certainly the pressure will be felt as Russia is calling for “restraint.”

“This is not illegal under any international agreements, but of course when missile launches are accompanied by an unresolved situation around Iran’s nuclear program, this concerns us,” Sergei Lavrov said after a meeting with his Iranian counterpart Manouchehr Mottaki.

While there is great concern internationally, there is a good deal of concern from Russia as they call for more sanctions. Mikhail Margelov, head of Russia’s upper house’s international affairs committee, said although Moscow does not believe in the effectiveness of sanctions, “in some situations, sanctions become inevitable.” He also stressed the importance of the “signal that they will send to the Iranian leadership.”

In an address to professors and students at the University of Pennsylvania, Russian President Dmitry Medvedev said:

“Sanctions are not the best way to deal successfully with Iran, but if we run out of all other options, we could launch sanctions based on international law.”

Iran is already under three sets of UN Security Council sanctions over its failure to stop uranium enrichment. Enrichment seen globally as a means of weapons production.

President Barack Obama announced on Thursday that the United States would be shelving the proposal for a European missile defense shield. The proposal would have placed radar systems and interceptor missiles in Poland and the Czech Republic. Russia had repeatedly expressed their disapproval over the defense shield, arguing that it would have interfered with the systems that were already in place.

Immediately following the announcement, criticism from many sides voiced their opinions. Everything from how Obama caved to Russian pressures, to how America was abandoning its allies and their interests. Among the criticism came a defense of the decision by the Department of Defense.

In defense, they offered a four-phased agenda that would provide a higher level of protection than the previous plan proposed under the Bush administration. The previous plan would have offered interceptor missiles that had yet to be built and tested, while the four-phased plan would allow the defense system to evolve “as the Iranian threat potentially evolves.”

John Isaacs, executive director of the Center for Arms Control and Non-Proliferation said:

“The decision to revamp the missile defense plan in Europe is based on technological reality rather than rigid ideology. The Obama administration’s proposal is a better choice for U.S. And European security.”

It is no secret that Iran is pursuing nuclear studies. Iranian President Mahmoud Ahmadinejad continues to press the issue that it is for the sole purpose of providing nuclear energy, and not for nuclear arms. But, according to a secret report by the International Atomic Energy Agency (IAEA), Iran does have the ability for a nuclear weapon and have been working on a missile system capable of carrying it.

This decision comes before a summit next week where Obama will be meeting with Medvedev, and weeks before Obama sits down with Ahmadinejad.

The decision brought immediate criticism from Republicans. Ohio Representative John Boehner, the House minority leader said, “Scrapping the U.S. missile defense system in Poland and the Czech Republic does little more then empower Russia and Iran at the expense of our allies in Europe. It shows a willful determination to continue ignoring the threat posed by some of the most dangerous regimes in the world, while taking one of the most important defenses against Iran off the table.”

“Not only does this decision leave America vulnerable to the growing Iranian long-range missile threat, it also turns back the clock to the days of the Cold War, when Eastern Europe was considered the domain of Russia.

“This will be a bitter disappointment, indeed, even a warning to the people of Eastern Europe. The message the administration sends today is clear: the United States will not stand behind its friends and views ‘re-setting’ relations with Russia more important.”

The Obama administration states that Russia was not the reason for scrapping the missile defense system, but that it was new intelligence about Iran and its short and middle range missiles with a lack of intercontinental ballistic capabilities.

In a secret report by the International Atomic Energy Agency (IAEA), it states that Iran has “sufficient information” and ability to make and deliver a nuclear weapon along with the development of a long range missile system.

The Russian government views the decision by Obama as “a victory for common sense.” Mikhail Margelov, chairman of the foreign affairs committee in the upper house of Russia’s Parliament, also went on to state “It another positive signal that we have received from Washington that makes the general climate very positive.”

Russian President, Dmitry Medvedev said, “We appreciate the responsible attitude of the President of the United States to implement our agreements. I am ready to continue the dialogue.”

While this missile defense system has been shelved by the Obama administration, it does not mean the area will be left without. The Department of Defense has developed a four-phased plan that would shield the area.

Obama went on to say, “Our new missile defense architecture in Europe will provide stronger, smarter and swifter defenses of American forces and America’s allies. It is more comprehensive than the previous program. Because our approach will be phased and adaptive, we will retain the flexibility to adjust and enhance our defenses as the threat and technology continue to evolve.”