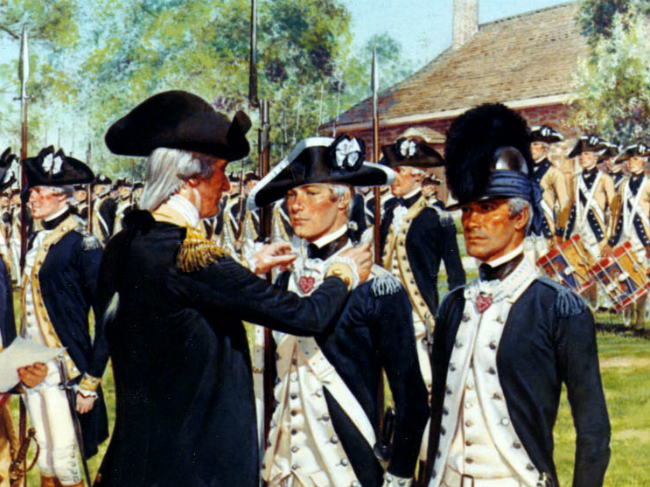 In 1782, on August 7, commander in chief of the Continental Army, General George Washington created the “Badge for Military Merit.” It was a rather simple looking award consisting of a purple, heart-shaped piece of cloth with the word MERIT stitched across it. The soldier who would be awarded for ‘meritorious action’ would be able to pass without challenge, and would have their name placed in a “Book of Merit.”

During the Revolutionary War, Washington had only awarded the purple heart to three people: Elijah Churchill, William Brown and Daniel Bissell, Jr. It wasn’t until 1927 when US Army chief of staff General Charles P. Summerall wanted to bring the award back and Congress denied the bill. Thanks to the efforts of General Douglas MacArthur, in 1931, who pushed Congress again to reinstate the medal prior to the bicentennial of Washington’s birth.

On February 22, 1932, creation of the “Order of the Purple Heart” was announced by the US War Department.