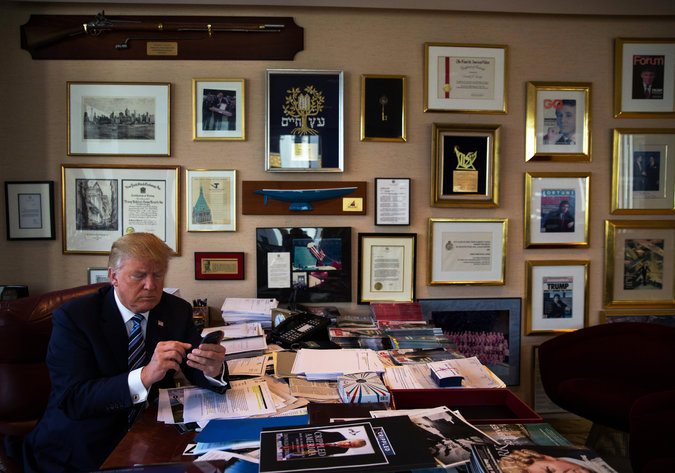 In the hope of bringing some excitement to the democratic debate, Donald Trump has announced that he’ll be live tweeting.

At the request of many, and even though I expect it to be a very boring two hours, I will be covering the Democrat Debate live on twitter!

A year later, Mr. Trump has mastered Twitter in a way no candidate for president ever has, unleashing and redefining its power as a tool of political promotion, distraction, score-settling and attack — and turning a 140-character task that other candidates farm out to young staff members into a centerpiece of his campaign.

In the process, he has managed to fulfill a vision, long predicted but slow to materialize, sketched out a decade ago by a handful of digital campaign strategists: a White House candidacy that forgoes costly, conventional methods of political communication and relies instead on the free, urgent and visceral platforms of social media.