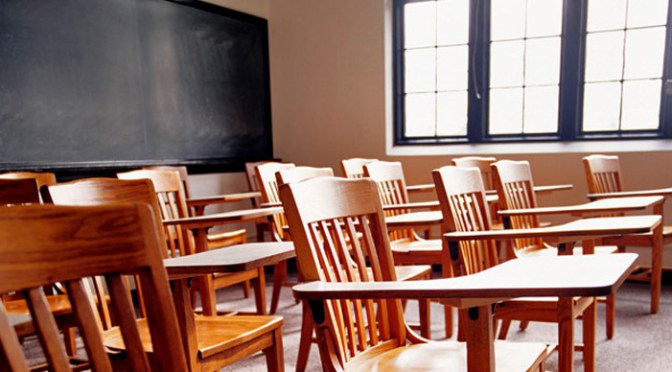 TOPEKA, Kan. — A Shawnee County District Court consisting of a three-judge panel ruled on Tuesday that the state is not spending enough on its schools.

The state budget was a highly contested issue during the mid-term elections, and the aggressive personal income tax cuts put in place by Gov. Sam Brownback almost cost him re-election. This court ruling could complicate his effort to curb spending.

There is a little history to the Kansas courts stepping in and ruling that education spending wasn’t adequate enough. This goes all the way back to 1972 where a Johnson County District Court finds the Kansas public education funding system unconstitutional in Caldwell v. State of Kansas.

Since then, the state has been challenged on their education spending, and they have responded by an increase in spending on each account.

However, in recent years the state has been directed to use a per-pupil spending model starting at $4,492 per student. Current spending levels are down to $3,852 per student due to rising teacher pension costs. Add in those costs and the state is spending $13,269 per pupil.

In total, $3.4 billion is being spent on education by the state. And that number reflects a recent increase in funding in order to meet rising teacher pension costs. Spending within lower income district received an increase of $129 million for the year.

But that’s not liberal enough in the eyes of these three judges and that spending should be increased by an additional $548 million to $771 million a year.

In fact, this panel has declared in their 139 page ruling that it is “inadequate from any rational perspective of the evidence.”

They also stated that the state has failed to meet its obligations so declared in the Kansas Constitution. This is in reference to a more recent passing of the Rose standards contained in HB 2506, citing that the level of funding does not adequately provide “sufficient training or preparation for advanced training in either academic or vocational fields so as to enable each child to choose and pursue life work intelligently.”

Dave Trabert of Kansas Policy Institute says that the court failed to take into account that many districts within the state don’t have a method to measure the success of the Rosestandards. In fact, some districts have asked for “the development of a system to define and measure…” the Rose standards.

Also not taken into account by the court is that some districts are not spending all of their operating funds, and the inefficiency at which districts operate.

When asked, Gov. Brownback responded by saying, “I continue to believe that restructuring the school funding formula and implementing education policy reforms is critical not only to getting more money into our classrooms but also improving student achievement. I will be working with legislative leadership to address the best path forward.”

This article is posted with permission from ANM News. 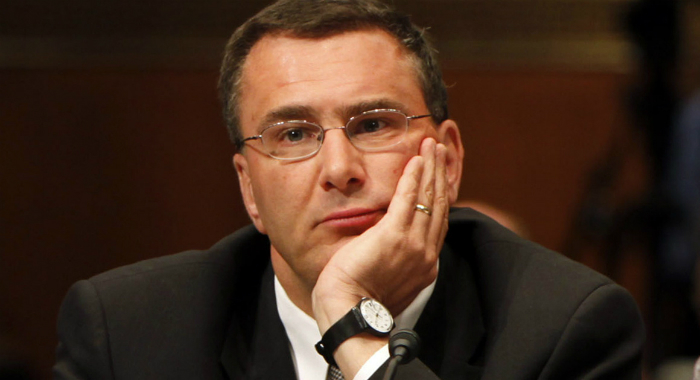 On Tuesday, Obamacare Architect and MIT Economics Professor Jonathan Gruber offered sworn testimony to the House Oversight Committee. In doing so, he attempted to place some distance between himself and the Obama administration.

“I did not write Governor Mitt Romney’s health care plan. I am not the architect of Obamacare,” Gruber said.

But the shift doesn’t start or stop with Gruber. Since his surface to the mainstream, Obama and his administration have tried to distance themselves. Obama was questioned at the G20 Summit of the involvement of Gruber, Obama quickly shifted the conversation. Other high profile democrats denied that he was utilized in the crafting of Obamacare.

Gruber however, has reaped the rewards of being the Obamacare architect all the way to the bank. Some reports count his payouts in the millions. Yet, while being questioned by the oversight committee, he could not recall how much he had been paid. One of the worlds supposed renowned economists can’t recall numbers and figures or how much he’s made in contracts?

It seems that Gruber and Obama both think the same thing when it comes to the ignorance of the American voter. Maybe they need to be reminded that they’ve been working together all along to dupe the American population.

Here are just three reminders that they’ve been holding hands since its start:

#1 – Obama: I Have Stolen Ideas from Jon Gruber Liberally

#2 – SMOKING GUN! Gruber Admits Obama Was in Room During Planning of Cadillac Lie

This article is reposted with permission from The Liberty Eagle. 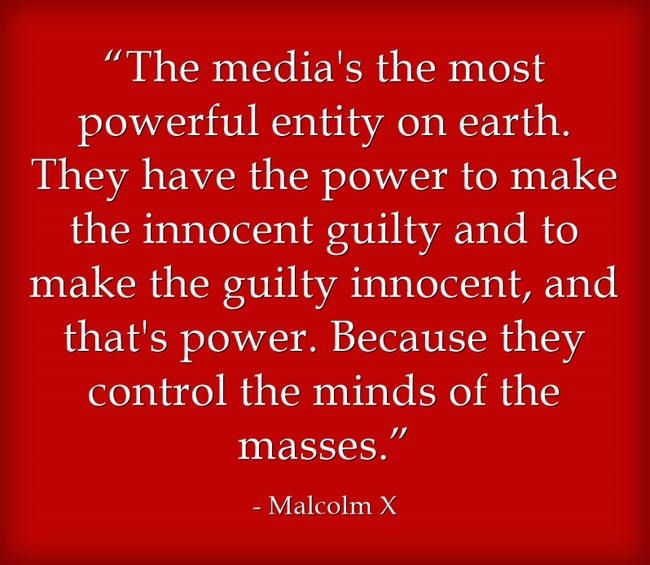 This quote from Malcolm X is extremely fitting after waiting and watching the effects of the media and their agitation towards the protesters in Ferguson. They continued to hype the situation while keeping many on the edge of their seats. 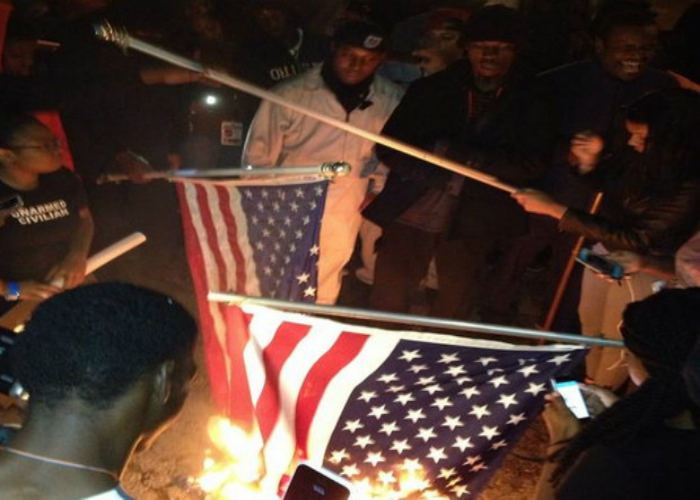 The jury finally handed down their verdict in Ferguson, and did not indict Officer Darren Wilson. Immediately following the release of the news, right on schedule were the protesters. Taking to the streets to loot, set fire to businesses and cop cars, and cause a ripple effect across the nation in cities like New York City.

While many people out there will never experience the loss of their child, albeit at the hands of a safety officer or rival gang or any other way, there is still a level of compassion to the Brown family.

After you watch the following video, take a second to think about how this could have been different.

The pain within Mrs. Brown is very evident. She feels that there was no justice served. However, is it not justice when a jury of peers reviews all of the evidence reported to them and comes to a decision?

After watching the video above, imagine if you will the lasting effect of what you just witnessed. Or, as some refer to it, the butterfly effect.

We’ve seen how they reacted based off of her comments. Now, imagine a scene where she came out and said that justice had been served. That, even though she didn’t agree with the decision that was handed down, to please remain in silence. Not to rip apart the community of Ferguson. Not to loot, and riot, and set things ablaze. Imagine the effect.

Mrs. Brown had the opportunity to alter the entire outcome, and failed to seize upon it. In her eyes, clouded by the pain of her deceased son, she’s doing good. She’s being outspoken. She’s expressing her rights to speak freely and assemble.

But, her actions and those around her will have a lasting effect. One that will not bring the community closer together, rather it will cause further divide. All eyes were on Ferguson, and she had the chance to help bring unity to the nation. A nation that is still ‘healing’ from its past.

It is extremely saddening that this once peaceful town, now resembles a third world country.

The choice you make today, will have a lasting effect.

A new video was released last Friday with the Obamacare architect, Jonathan Gruber saying that the only way they could get it to pass was due to a ‘lack of transparency’ and the ‘stupidity of American voters.’

It’s almost something out of the ‘Twilight Zone.’

Remember back when Obama first started to campaign and he said he would have ‘the most transparent administration.’ And now this?

Then again, you didn’t really think he was looking out for you? Right?

Gruber, the man dubbed as the Obamacare architect just told you that the ‘stupidity of American voters’ was one of the reasons it passed. How does that not make you upset?

Obama thinks he’s so much better than you, and this is just a little proof.

Elizabeth Warren laid out her ’11 Progressive Commandments’ at the Netroots conference in July. As we’ve learned over the last few weeks, those on the Left are looking for someone to take the lead come 2016. For now, that person is Elizabeth Warren.

Sarah Palin issued a conservative response on each of the 11 commandments on her SarahPalinChannel. 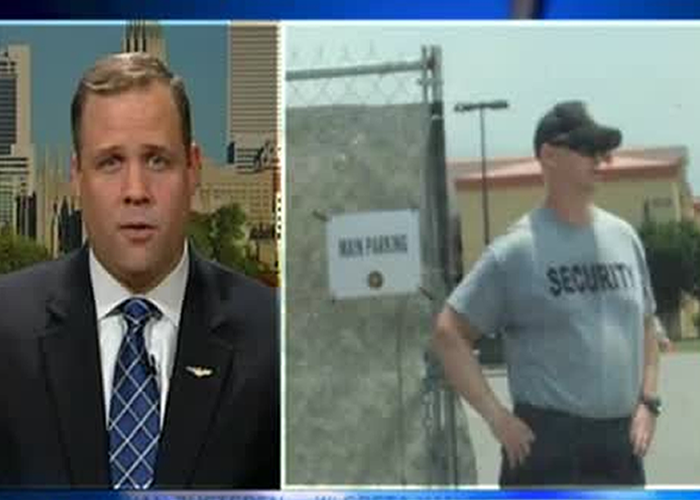 Last week, Representative Jim Bridenstine (R-OK) traveled to Oklahoma, as he often does, to see just what is happening to the people in the state he was elected to serve. One stop that he always tries to make is Ft. Sill, and while he was there he wanted to check out the holding area for the illegal immigrants that were dumped there.

Even after pulling the “I’m a Congressman” card, he was denied access and informed who he needed to contact in order to schedule a tour. So, that’s just what he did after being denied multiple times at the same visit.

Rep. Jim Jordan (R-Ohio) grilled IRS Commissioner John Koskinen on the timeline at which he knew about the supposed lost Lois Lerner emails and failed to report the findings.

Common Core is just plain wrong for tomorrow’s generation and wrong for America. It does not elevate the education standards, rather it dumbs them down to give the illusion of a flourishing education system. Listed below are 10 reasons why you should oppose Common Core.