You are here: Home / Politics / Pro-Trump vs Anti-Trump? One in the same! 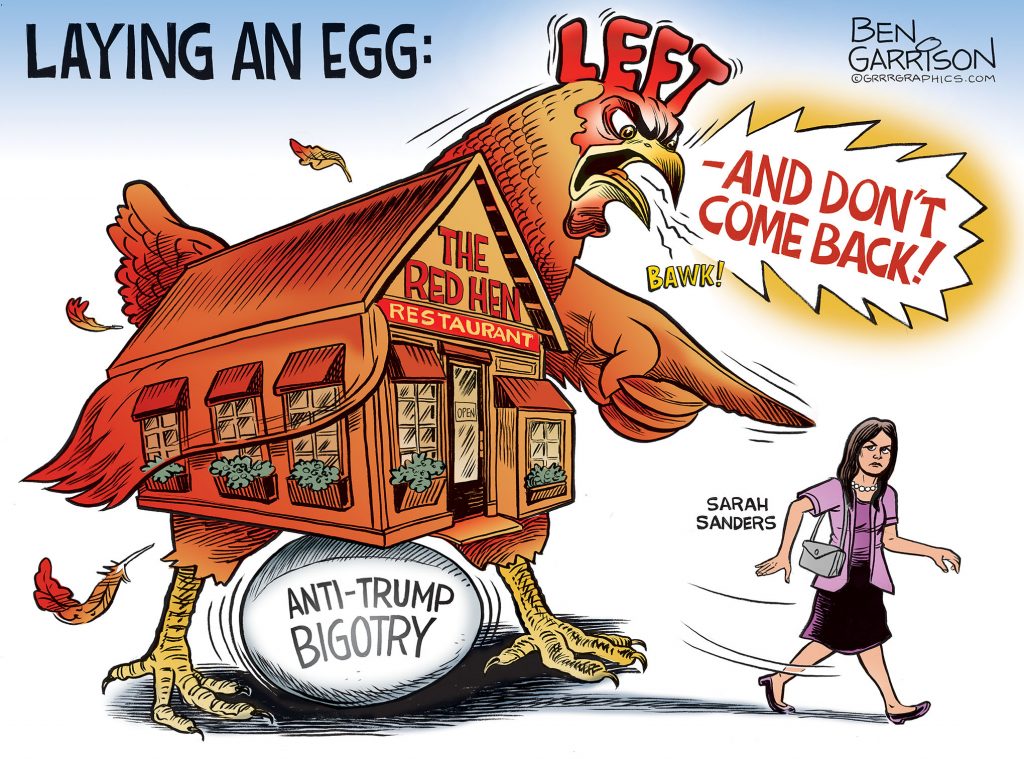 I’ll admit, trying to figure out just whose side you’re on these days is hard work. One second, you’re a pro-Trump MAGA Trumpian. The next, if you’re so inclined to disagree with him or anyone else on his side, you’re anti-Trump whatever else nasty someone comes up with. The truth of the matter? It doesn’t matter whose side you claim, it’s one in the same.

The final straw for me is a combination of two things. Both of which are rather hypocritical to say the least. Immigration and the Press Secretary.

I’m not even gonna get into the entire argument of illegal immigration and the thought that Trump is responsible for ripping children away from their parents. Nope. Nevermind the fact that this has been happening since B.J. Clinton was in office. No, we can’t deal in the simple fact that illegal immigration has been an ongoing issue dating back to Kennedy and prior. Facts don’t matter, only how things make us feel.

But this entire White House press secretary Sarah Huckabee Sanders thing of being asked to leave the Red Hen restaurant in Lexington, VA.

I get it, people are asked all the time to leave restaurants. They’re refused service for a myriad of reasons. But this one? This one takes the cake! (You’ll get that one in just a second.)

“This feels like the moment in our democracy when people have to make uncomfortable actions and decisions to uphold their morals,” said Stephanie Wilkinson, co-owner, Red Hen restaurant in Lexington, Va.

Wait. WHAT? That’s right. You read it right. Read it again if you missed it. Yes, she said, “people have to make uncomfortable actions and decisions to uphold their morals.”

Here’s where it takes that cake of hypocrisy. It’s been a few years, so maybe we need to refresh our thoughts. Take a moment to remember the cake bakers in Colorado who told a gay couple they wouldn’t bake a cake for them. Liberals blew their wad over it! Ultimately sending it all the way to the Supreme Court.

Liberals and the anti-Trump crowd don’t like Sanders because she’s a member of the Trump administration, so they throw her and her party out of the restaurant. Because now they want to “uphold their morals”? But, at the same time, they’re the ones who want to force someone to bake them a cake as fast as they can even when that cake-maker wants to say no to “uphold their morals”?

So, now I want to go full circle back to the title of pro-Trump and anti-Trump people being one in the same. You see, it doesn’t matter who you are anymore. You’re either with them or against them. You can’t be both. Quite frankly, it’s disgusting!

The pro-Trump crowd protests those who are anti-Trump, and the anti-Trump protests anything that has to do with Trump. It’s completely stupid!

We have serious issues that need to be dealt with, but we have lowered ourselves to arguing who can and cannot eat at certain places depending on who you support politically.

At some point, we need to set aside these PETTY differences and work toward a resolution on some things. Honestly, at the core, the majority of people aren’t that different on where they stand. And, unfortunately, it’s the ones who can scream the loudest who get heard.