You are here: Home / Politics / Foundation Series: The Structuring of a New Government

When the Founding Fathers were sitting at the table, contemplating which direction to take the newly independent United States, one of the most difficult decisions they had to make was how to structure the government. They were faced with two options: anarchy, and at the other extreme end of the spectrum, tyranny.

Anarchy didn’t provide enough law, while tyranny gave too much power to the government. What they were in search of was something that fell somewhere in the middle. It would become what many people would call the greatest political experiment ever to be tried. 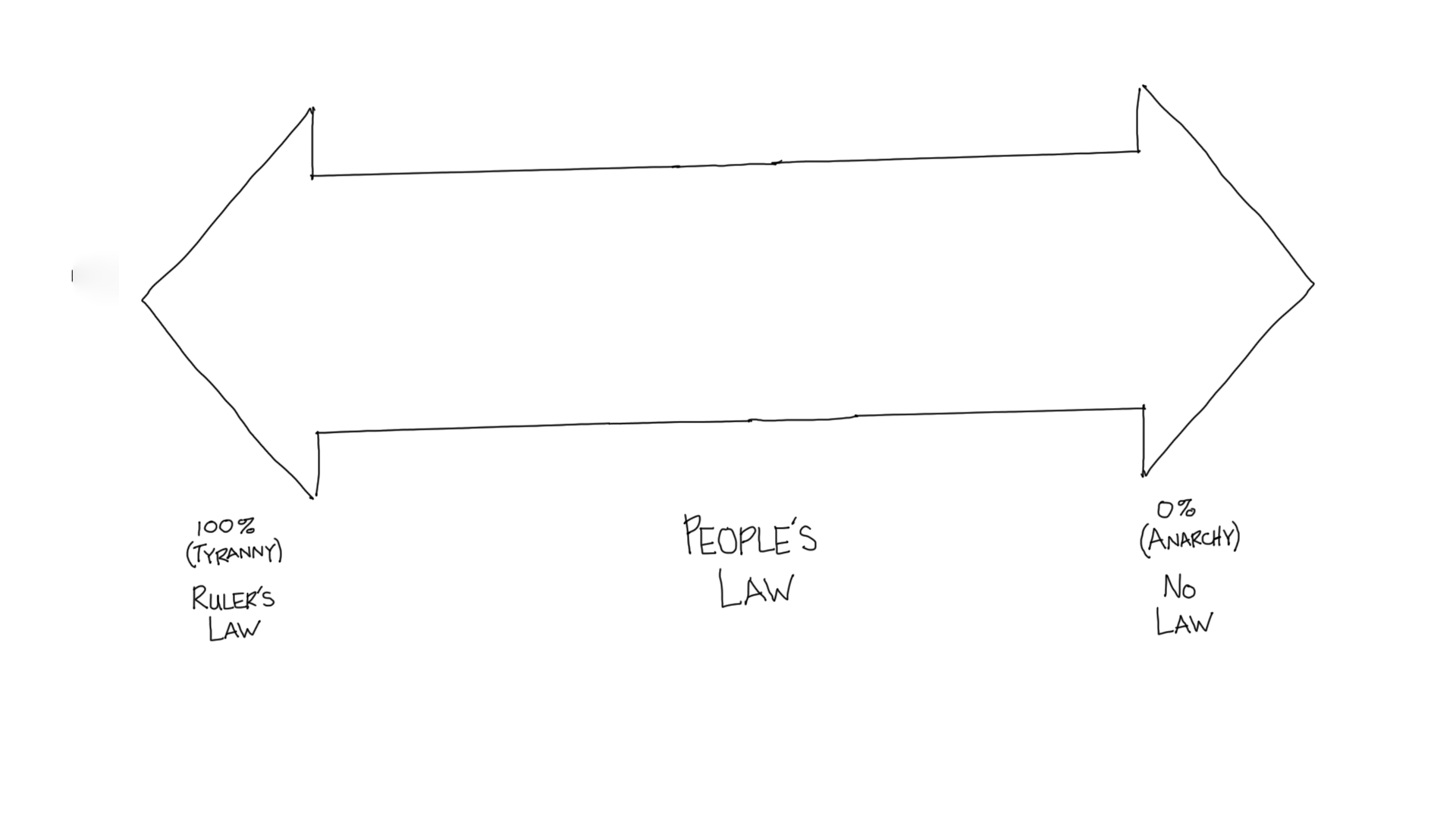 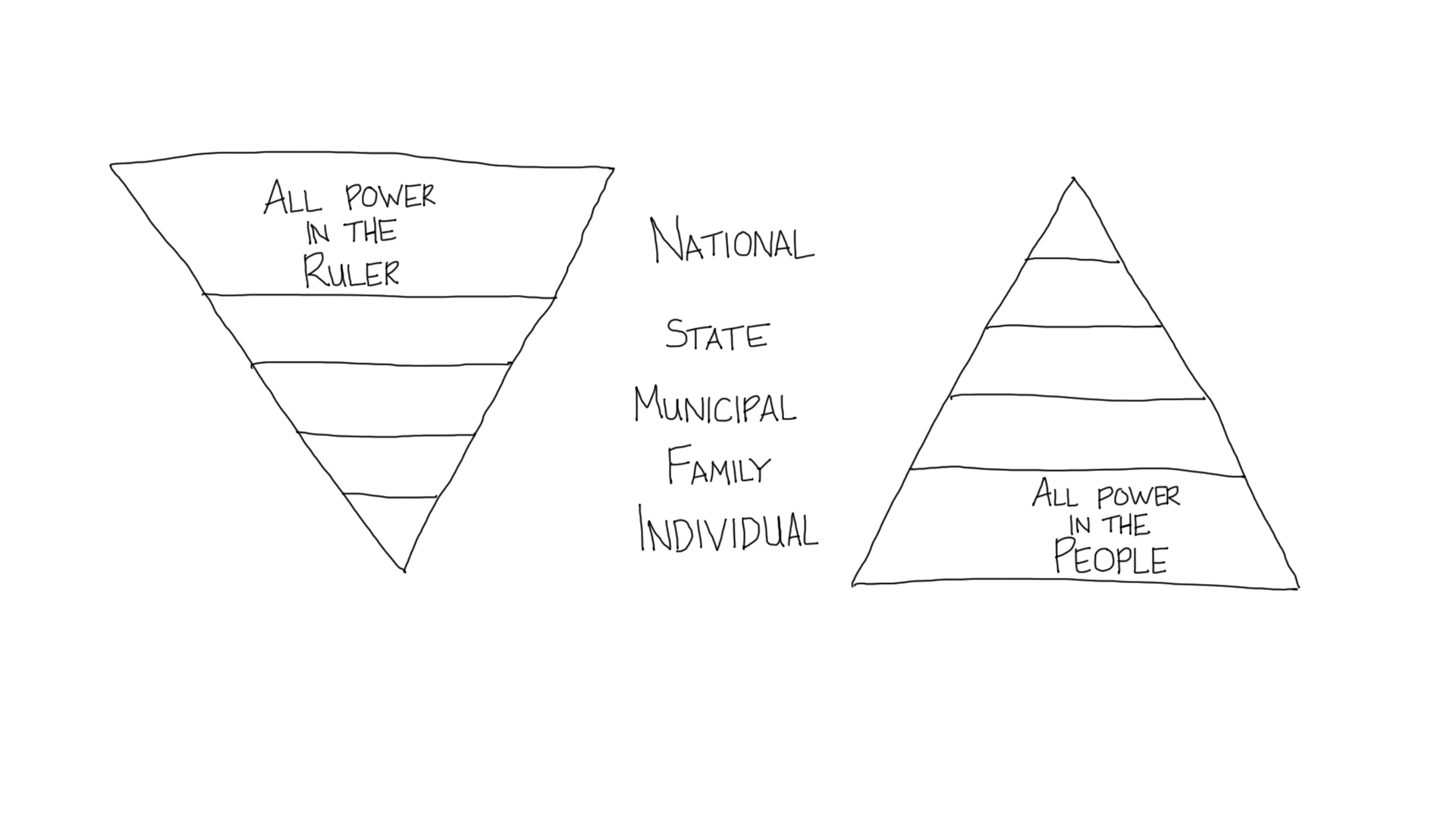 Illustrated above, you will notice a stark contrast in the placement of power. On the left, we see the power structure working from the top and trickling down to the individual. Very little power is given to the individual in this example. The majority of the power resides at the top at the national level.

When you compare this Ruler’s Law model on the left with the People’s Law model on the right, which falls in the middle of the first diagram, you see the reversal of power. A model the Founding Fathers would become particularly attracted to.

They understood, as already stated in the Declaration of Independence, that the individual was blessed with power by their Creator. It didn’t come from a specially appointed group of people. It was about finding a balance between being governed and self-governed. This thought would be discussed by James Madison when he wrote in Federalist No. 45 saying:

The powers delegated by the proposed Constitution to the federal government are few and defined. THose which are to remain in the State governments are numerous and indefinite. … The powers reserved to the several States will extend to all the objects which, in the ordinary course of affairs, concern the lives, liberties, and properties of the people, and the internal order, improvement, and prosperity of the State.

The entire idea was to keep the power base close to the people.