Ronald Reagan – “I also believe that we conservatives, if we mean to continue governing, must realize that it will not always be so easy to place the blame on the past for our national difficulties. You know, one day the great baseball manager Frankie Frisch sent a rookie out to play center field. The rookie promptly dropped the first fly ball that was hit to him. On the next play he let a grounder go between his feet and then threw the ball to the wrong base. Frankie stormed out of the dugout, took his glove away from him and said, “I’ll show you how to play this position.” And the next batter slammed a line drive right over second base. Frankie came in on it, missed it completely, fell down when he tried to chase it, threw down his glove, and yelled at the rookie, “You’ve got center field so screwed up nobody can play it.” [Laughter]

The point is we must lead a nation, and that means more than criticizing the past. Indeed, as T. S. Eliot once said, “Only by acceptance of the past will you alter its meaning.”

Now, during our political efforts, we were the subject of much indifference and often times intolerance, and that’s why I hope our political victory will be remembered as a generous one and our time in power will be recalled for the tolerance we showed for those with whom we disagree.

But beyond this, beyond this we have to offer America and the world a larger vision. We must remove government’s smothering hand from where it does harm; we must seek to revitalize the proper functions of government. But we do these things to set loose again the energy and the ingenuity of the American people. We do these things to reinvigorate those social and economic institutions which serve as a buffer and a bridge between the individual and the state — and which remain the real source of our progress as a people.”

George Washington – “There can be no greater error than to expect, or calculate upon real favours from Nation to Nation. ‘Tis an illusion which experience must cure, which a just pride ought to discard.”

Acts 4:10,12 – 10Be it known unto you all, and to all the people of Israel, that by the name of Jesus Christ of Nazareth, whom ye crucified, whom God raised from the dead, even by him doth this man stand here before you whole. 12Neither is there salvation in any other: for there is none other name under heaven given among men, whereby we must be saved.

On this day in history – In 1989, the Department of Veterans Affairs is established. 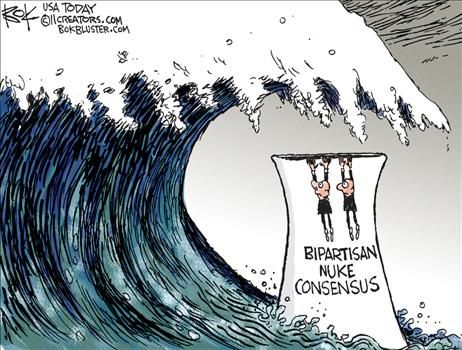