Ronald Reagan – “Well, my fellow conservatives, I think that’s exactly what this year is about — settling the matter by lunchtime. Letting the liberals in Washington discover once again the lesson they refuse to learn. Letting them know just how big our election year will be because of booming economic growth and individual opportunity; and how big an election year ball and chain they’ve given themselves with a seven-year record of opposition to the real record. But, most of all, letting them know that the real friends of the conservative movement aren’t those entrenched in the capital city for 50 years; the real friends of the conservative movement are an entity that gets heard from in a big way every four years and who, I promise you, are going to be heard from this year. I’m talking about those who, if the case is aggressively put before them, will vote for limited government, family values, and a tough, strong foreign policy every single time. I’m talking about those believers in common sense and sound values, your friends and mine, the American people.

You see, those who underestimate the conservative movement are the same people who always underestimate the American people. Take the latest instance. As I mentioned, in recent months some people — and I’m not mentioning any names because I don’t want to build up any candidacies before New Hampshire, but you know who they are — have actually taken it upon themselves to prove to the American people that they’ve been worse off under this administration than they were back in the Carter years of the ’70s.”

James Madison – “[T]he government of the United States is a definite government, confined to specified objects. It is not like the state governments, whose powers are more general. Charity is no part of the legislative duty of the government.”

On this day in history – In 1849, in New York City, James Polk became the first serving President of the United States to have his photograph taken. 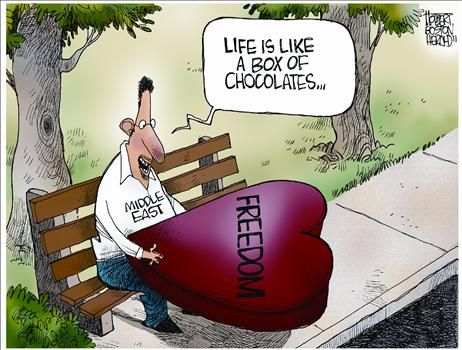